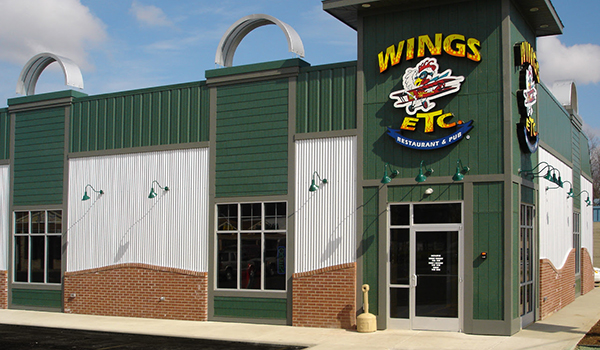 NILES — In 1994, Niles resident Jim Weaver opened the first Wings Etc. Grill & Pub in Mishawaka, Ind. For well over a decade, Weaver built a following and expanded his operations into several more area locations. Then, in the mid-2000s, Weaver and his business partners signed the first franchising agreement. Jeremy Bayles, a Niles native, was the first to franchise the award-winning chicken wing business. Bayles’ business venture all started with an entrepreneurial drive, and nearly 15-years later, his passion for the industry is still going strong.

“I always wanted to own my own business,” said Bayles, who mowed lawns, raked leaves, shoveled snow, and even operated some vending machines at a local coin and baseball card shop in Belle Plaza growing up – anything to make his own money. “I’ve always had the entrepreneurial spirit.”

Bayles graduated from Niles High School in 1998 and then attended Southwestern Michigan College, eventually getting a bachelor’s degree in Business Administration through Ferris State University at SMC.

While in college, Bayles was introduced to Wings Etc., where he and his coworkers often ate lunch. One day, he learned that Weaver and his partners were considering franchising the popular wing spot.

“I called corporate once a month to let them know I was interested, and as soon as they were able to start franchising, I bought the first one,” Bayles explained.

“Our menu is a lot bigger now than when we started,” Bayles said. “A lot of people automatically think we only have hot wings or spicy foods, but we have so many other options—not only non-spicy sauces for chicken wings, but also so many other menu items that a lot of people don’t realize. You can get salads, sandwiches, wraps, appetizers, and more. The ‘Etc.’ is a very important part of our operation.”

Today, Wings Etc. Grill & Pub has 79 locations – 54 are locally-owned by franchisees, many of which Bayles helped train in the beginning.

Those visiting the Niles location are sure to recognize Bayles, as he spends seven days a week in his business getting to know the community and working alongside his team—some of whom have been with him since his location first opened. Bayles said he takes pride in how his store is run.

“I’ve always worked hard and wanted to be involved. When I opened this, I wanted to be a hands-on owner,” said Bayles. “I take personal responsibility for everything that happens and always want to make sure guests are enjoying their meal and having a good time here.”

While Wings Etc. Niles will be closed on their anniversary, which falls on Easter Sunday this year, Bayles said he looks forward to celebrating with the community in the weeks and years to come.

“The community has been very supportive of us over the last 15 years,” said Bayles. “Of course, we also couldn’t do it without our awesome staff. I really appreciate the entire Niles community; we certainly can’t be successful without them.”