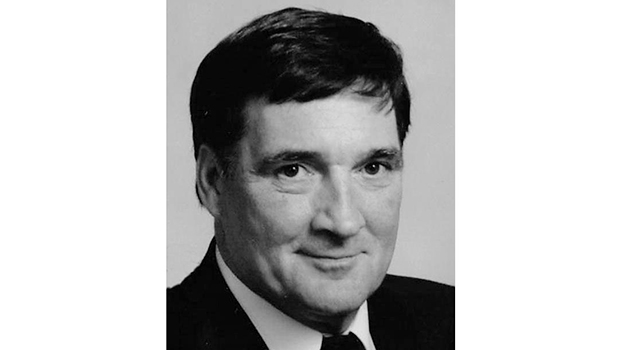 He was born to the late Roy and Mildred (McCalla) Rogers on March 9, 1947, in St. Joseph, Michigan. David was a man that didn’t need the fanciest cars, a big boat, or an expensive suit to find happiness; a cold Miller Lite poured by the finest at Jay’s Lounge was all he needed to be the happy-go-lucky man that he was. David was somebody that most people enjoyed spending time with. His charismatic personality, tasteful sense of humor, and contagious laugh will be remembered by all those who knew him.

David spent a lot of his younger days learning to paint, a skill that he eventually mastered and made a career out of. This was work that allowed him to travel the United States and live his life while supporting his family.

On March 17, 2003, David married the woman he would spend the rest of his life with, Eilene Likes. The couple said their vows in Niles, and fortunately, David never forgot their anniversary because it was on St. Patrick’s Day. From then on, he made it a point to be a great husband, father and grandfather. He always valued quality time with his family, especially once he became a grandpa. He took pride in sewing himself into his kids and grandkids, oftentimes sharing techniques and methods on how to paint or help him out with what he was doing.

A good amount of his spare time was spent at Jay’s Lounge in Niles, but when he was home, he was most likely watching sports, NASCAR, or working out in the yard. David is a man that most people have nothing but positive, uplifting memories with and will be sorely missed by his friends, family, and loved ones.

Those preceding David in death include his parents, Roy Rogers, Mildred (McCalla) Hallock, and Delmar Hallock; his son, Brian Hamilton; siblings, Ricky Rogers, Phyllis Johnson, and Judi Corzine; as well as his sister-in-law, Barb Rogers. Surviving David is his wife of nineteen years, Eilene Rogers; his children, Tammy (Rob) Oakley, Gina (Charles) Wood, and Beth Herrman; grandchildren, Alicia Gilford, Tanier Wood, Dale Oakley, and Lana Gadde; his brothers and sisters, Joan Cason, Janet (Ron) Fortin, Robert Rogers, and Kathy (Buzz) Opick; a brother-in-law, Al Corzine; a host of nieces and nephews, as well as many other extended family members and friends. A memorial service will take place on Thursday, April 7, 2022, at Mission Hills Memorial Chapel located at 61453 M-51, Niles, MI 49120. Visitation will start at 10 a.m., with services beginning at 11 a.m. Memorial contributions may be made out to the American Cancer Society. Arrangements have been entrusted to Brown Funeral Home & Cremation Services.