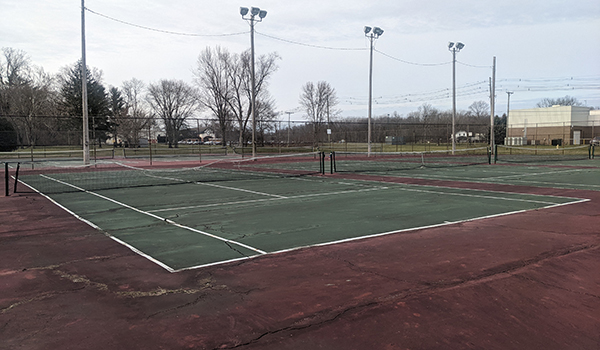 NILES — The popular pastime of pickleball will soon premiere at Plym Park.

The Niles City Council unanimously agreed to move forward with the city’s Plym Park pickleball project during its Monday meeting.

The council approved the $284,667 bid from Xact Excavating LLC to be charged to the city’s American Recovery and Reinvestment Act funds.

The tennis courts at Plym Park have long been in need of significant pavement repairs. According to Public Works Director Joseph Ray, the north courts were reconstructed in 2004 and the south courts in the early 1980’s.

“We’re excited,” Ray said. “Pickleball has been discussed for several years and we finally have a funding mechanism to get them built.”

The project is the latest effort by the city to revamp Plym Park facilities. Last month, city council approved the removal and replacement of the park’s basketball courts. Xact Excavation also accepted the bid for the basketball project. Ray is hopeful that both projects will be conducted simultaneously.

Ray hopes the new courts will draw tournaments and enthusiasts alike to the city.

“The sport has become very popular,” he said. “Large tournaments are hosted on courts like this in the area – Grand Rapids, Grand Haven and other areas and other courts we’ve looked at. Hopefully we can attract some of those tournaments.”