‘The system abandoned you’: Judge sentences teen to prison for crime committed when he was 16 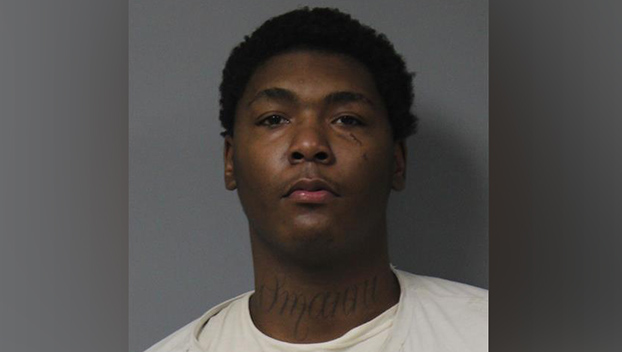 NILES – A local youth was sentenced to prison Monday for his role in a 2019 home invasion in Niles that occurred when he was just 16.

Jatwon Jaque Dipree Wade, 19, of Niles, pleaded guilty to second-degree home invasion and larceny from a person and was sentenced to concurrent terms of five to 15 and five to 10 years in prison. He has credit for 179 days served and must pay $2,298 in fines, costs and restitution.

The incident occurred Aug. 4, 2019, at a residence in Niles when Wade and another person broke into the home, knocked the victim down, pistol whipped him and kicked him in the head.

Defense attorney Carri Briseno and Assistant Prosecutor David Saraceno debated whether Wade’s actions met the definition of “excessive brutality” or “egregious conduct.” Briseno argued that Wade did not pistol whip the victim, while Saraceno said that the victim testified that Wade did knock him down and kick him.

“It’s bad enough to point a gun at someone, but then to stomp, kick and knock the person down,” he said.

Briseno argued for leniency in the sentencing, noting that Wade had a rough childhood and has matured a lot since the incident occurred. Wade was initially charged in juvenile court, but the case was eventually transferred to adult court.

“He began his criminality in 2016 and his behavior got worse,” she said. “He and his mother were homeless. They were couch surfing and there was absolutely no stability. He didn’t have guidance and he ran wild.”

Wade said he was sincerely sorry for his actions and apologized to the victim.

“If I could take it back, I would,” he said. “I truly apologize for my actions. I know paying the restitution can’t make up for what he suffered. I’ve spent seven months in jail, and I’ve learned from my mistakes.”

Judge Schrock called the case one of those that keeps him up at night.

“For me to sit here and say I understand why you’re at where you are, I can’t,” he said. “It would be disingenuous for me to say I understand what you went through in life. But I have to balance that with what are the interests and needs of society.”

The judge noted that Wade had gotten to this point of facing a prison sentence with no previous felony convictions as an adult, although he does have a juvenile record.

“With the circumstances here, you’ve gotten to the point of having a prison sentence like this,” he said.

“The system failed you. That’s the tragedy,” he said. “It’s more than that. The system abandoned you.”