COLUMN: Enrollment figures have teams on the move 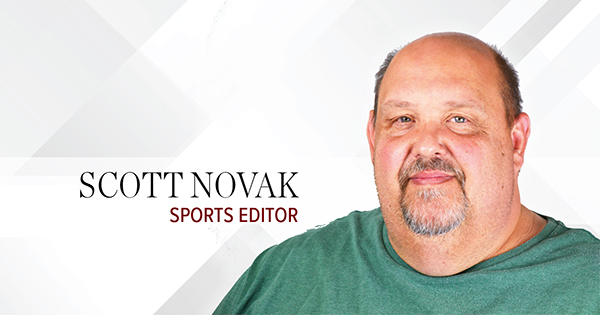 In my three-plus decades of covering high school sports in southwest Michigan, I do not believe I have ever seen this much movement in the classifications released by the Michigan High School Athletic Association Monday morning.

A team or two might move up a class or down a class from year to year. Rarely does it affect what divisions teams will play in during the postseason. I am not so sure that is going to be true come this fall.

Whenever I see the email from the MHSAA pop up, I immediately open it to see if any of the six teams I cover here at Leader Publications are on the move. Occasionally, a team does move up or down. Niles moved from Class A down to B a few years back. Buchanan has been bouncing between Class B and Class C for several years.

Now that Michigan plays in divisions, I never know how that will affect a team until the MHSAA releases that information, which it did on Monday. They take the number of schools playing a particular sport, say girls basketball, and divide them into four equal divisions based on their enrollment figures. Or at least as close as they can get to equal divisions.

In Buchanan’s case, the Bucks played in Division 2 two years ago, but returned to Division 3 this past season. With Buchanan moving back up to Class B for the 2022-23 high school sports year, we will have to wait to see if it gets bumped into Division 2.

For at least next year, switching classes will have no effect on the Bucks’ girls basketball team, but it will the boys as Buchanan returns to Division 2 next season, just as it did two years ago.

Besides Buchanan moving up a class, what caught my eye was the fact that southwest Michigan has five schools switching classes — Coloma, Watervliet, Eau Claire, New Buffalo and Lawrence.

Plainwell is headed to Class A, while Comstock is going down to Class C. While neither of those moves affects current conference play, it could change the dynamic of the postseason. It could also affect the newly formed conference featuring Brandywine, Berrien Springs, Benton Harbor, Buchanan and Dowagiac as they seek to add schools down the road.

This year’s classification breakdown is as follows:

Class A: 814 schools and above

There will be 187 schools in Class A next year, 188 in Class B, 187 in Class C and 188 in Class D. As soon as I get a chance to go through each sport to see who might switch divisions, I will be writing a story letting you know what to expect for the 2022-23 high school sports year.

For now, let us hope the weather gets nicer so we can get outside and the spring sports season in full swing.

Scott Novak is sports editor for Leader Publications. He can be reached at scott.novak@leaderpup.com.