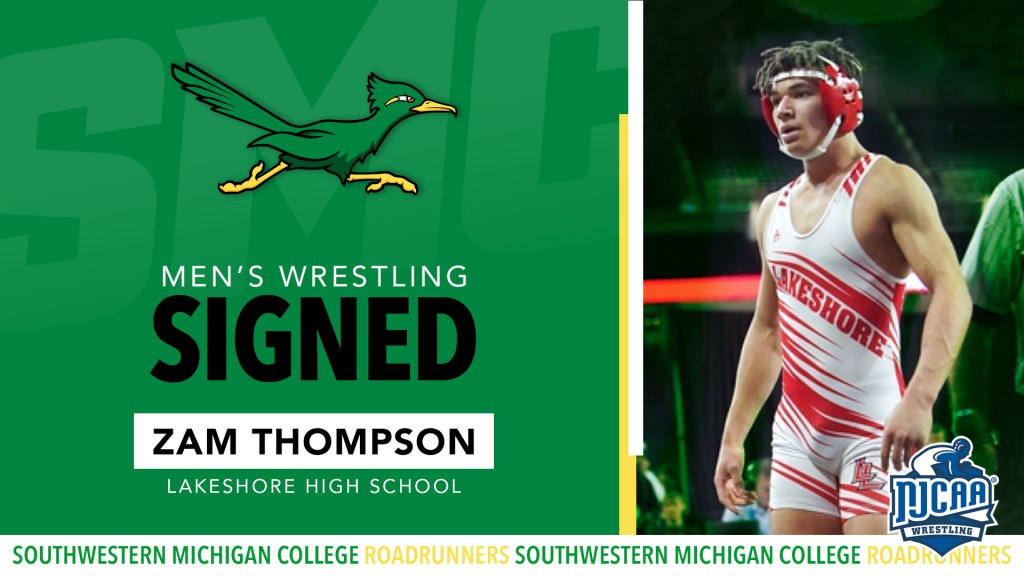 The Roadrunners, who are returning to the mat after more than 25 years, announced Sunday that Division II state champion Zam Thompson from Lakeshore High School has signed his National Junior College Athletic Association letter of intent.

“Zam is dedicated and hardworking, well-coached and a great teammate who leads by example,” Hesson said. “Zam is just scratching the surface of his wrestling potential.”

Thompson has a career record of 114-24. He began his wrestling career as a freshman and was eliminated in the first round of districts. Thompson qualified for the state meet his sophomore year, but due to COVID-19 restrictions, did not compete his junior year. He was unranked at the beginning of senior year, but battled his way to a 2022 state championship in the 145-pound weight class.

In addition to his state title, Thompson is a district champion, regional champion, two-time state qualifier, and two-time Grappler Fall Classic All-American. He was also named first-team All-Southwest Michigan, which is selected by the area wrestling coaches.

“Zam is a very coachable, intense, competitive wrestler,” said Lakeshore Coach Bruce Bittenbender. “He works hard in the practice room and will do what’s necessary to be a champion.”