Man sentenced for child pornography, resisting police and domestic assault, among other charges 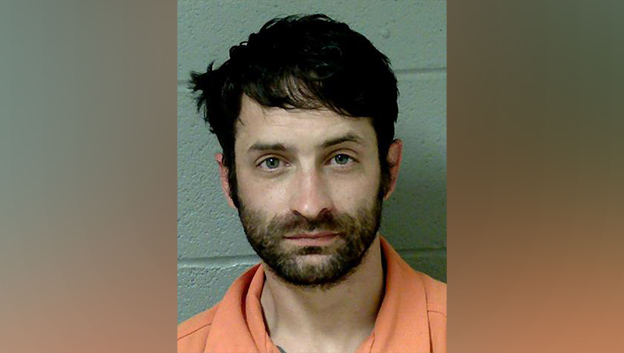 CASSOPOLIS — A White Pigeon man is going to prison on a number of charges, including possession of child pornography. He was one of four people sentenced Friday in Cass County Circuit Court.

Jeffrey Alwine, 38, of White Pigeon, pleaded guilty in three separate incidents occurring in 2020 and 2021 involving resisting and obstructing police, using a computer to commit a crime, possession of child pornography and assaulting his father.

He was sentenced to 18 months to two years in prison with credit for 304 days served and $766 in fines and costs for two counts of resisting and obstructing police. That incident occurred April 23, 2020, in Porter Township.

He was sentenced to three years two months to seven years in prison for using a computer to commit a crime — child sexually abusive materials, and two years five months to four years in prison for possession of child pornography. He has credit for 122 days served. He must pay $1,616 and register as a sex offender.

That incident occurred May 20, 2020, also in Porter Township.

In the last case, he was sentenced to three years two months to five years in prison for third offense domestic violence. He has credit for 122 days served and must pay $598. The incident occurred Nov. 21, 2021, in Porter Township. All the sentences are concurrent.

Cass County Assistant Prosecutor Thomas Hubbert spoke of the devastating impact child pornography has on people and noted that police found images of hundreds of underage victims on Alwine’s computer.

“This cannot be tolerated,” he said.

Defense attorney Robert Drake said his client has a history of substance abuse and acts differently when he is under the influence of alcohol and drugs. Alwine said his current problems began with the pandemic when he started drinking heavily.

“That was the start of my downward spiral,” he said.

Cass County Circuit Judge Mark Herman said Alwine has been to prison before in both Michigan and Indiana and has an extensive record with most of his felony and misdemeanor convictions stemming from alcohol and substance abuse.

“I can’t order you to sobriety with my gavel. That only happens with your decision,” he said. “We can order things, but until you personally decide you’re going to do something, you won’t change.

“There is no excuse whatsoever for exploiting minor children for your sexual gratification,” the judge added. “Alcohol is not an excuse. … If you don’t stop drinking and address it, you will be back before the court time after time and with your record it will be a revolving door to prison.”