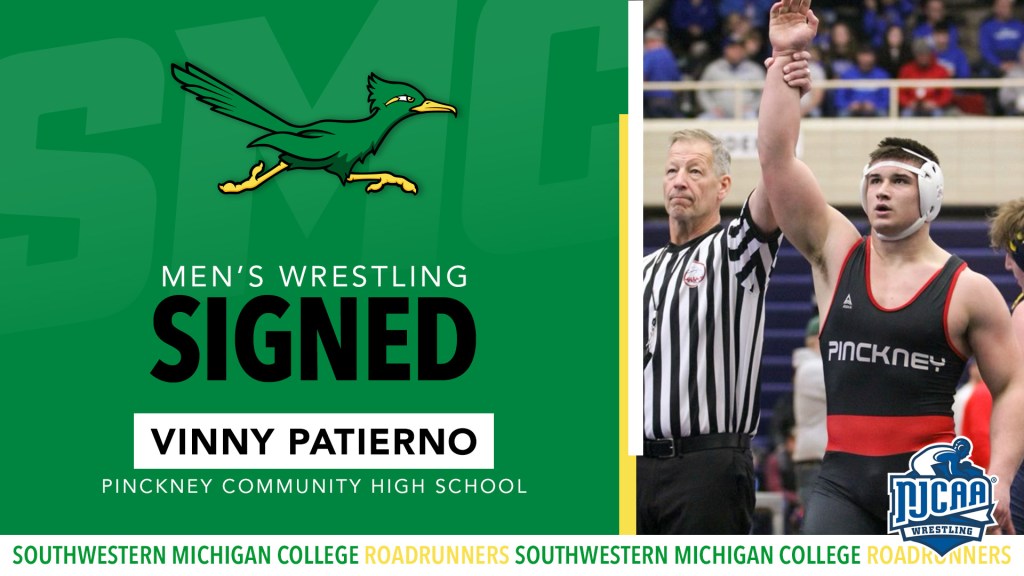 Patierno is Pinckney’s all-time leader in pins with 82, while his 127 career victories ranks fourth overall. He was a four-year varsity starter, serving as team captain for three years, while also leading the football team as a three-year varsity player and captain.

Patierno is the 2022 Southeastern Conference champion and district champion at 215 pounds. He is a three-time regional qualifier and a 2022 state qualifier.

“Vinny Patierno was a pleasure to have on my team,” said Pirates Coach Jeremy Little. “A consummate role model, Vinny was always present to put the work in and provide an example to his teammates, especially during his upperclassman years. From his freshman to his senior year, Vinny rose to fourth on Pinckney’s all-time career win board. He did it through hard work, grit and determination. Any team that gets Vinny gets a kid who will leave his blood, sweat, tears and heart on the mat. Congratulations Vinny. I wish you all the best.”

Hesson believes Patierno brings a lot to the program.

“Vinny is a physical wrestler, with plenty of postseason experience,” he said. “He is a hard worker on the mat, in the weight room and in the classroom. He has the desire and work ethic to succeed.”