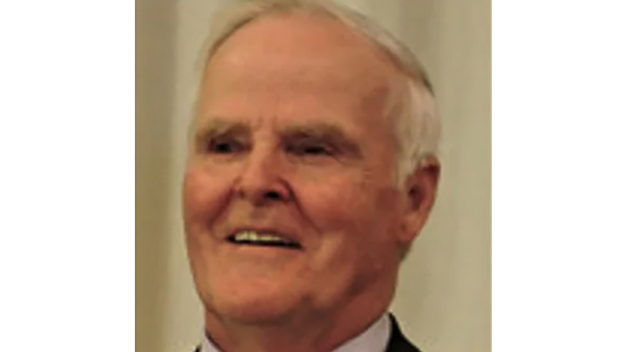 Richard Allen Carlson, 87, of Edwardsburg, passed to his rest Nov. 20, 2021, at Cass County Medical Care Facility, Cassopolis, after an illness. He was born Aug. 15, 1934, in Decatur, Michigan, the son of Theodore R. and Mabel E. (Smith) Carlson and has lived in southwest Michigan all of his life. He served in the United States Navy from 1953 to 1957 in the Korean War serving in China and aboard the USS boxer and the USS FDR. He was also a member of the National Guard.

He married Joyce Ann Phillips in Berrien Center on Feb. 8, 1956. They were married for 54 years before she passed to her rest. He is survived by his children: Richard A. Carlson (Esther) of East Grand Forks, Minnesota, Catherine A. Radunzel (Alan) of Hudsonville, Michigan, and Steven A. Carlson (Diana) of Chesterton, Indiana, and 11 grandchildren and five great-grandchildren.

He remarried in May of 2012 to Kathleen A. (Terry) Carlson). He is also survived by his stepdaughters, Joetta Emerson (Paul) of Sister Lakes, Michigan, Diana Carlson (Steven) of Chesterton, Indiana, Julee Caldwell (William) of Watervliet, Michigan, and Deborah Terry, of Dowagiac, Michigan, and 12 grandchildren and 15 great-grandchildren.

He loved all of his family. His favorite hobbies were gardening, taking care of his yard and playing golf, especially competing with his brothers. Richard was the seston at the Edwardsburg Cemetery from 2000 to 2018. He was enjoyed being able to help people during the difficult time of losing a loved one.

Family and friends visited from 10 to 11 a.m. Wednesday, Dec. 1, 2021, in the Edwardsburg Presbyterian Church, 68961 Lake Street, Edwardsburg, where the Christian Service of Honor began at 11 a.m. with Scott Scheel of the church officiating.

Interment immediately followed the service in Edwardsburg Cemetery where the United States Naval Honor Guard held Military Rites with playing TAPS and folding the American flag and the local legion/VFW being the firing squad.