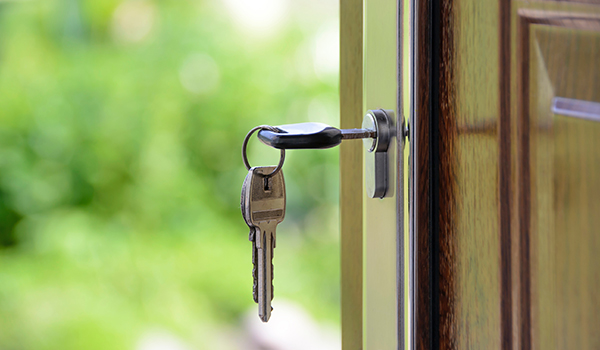 NILES — Cynthia Moody is on a mission.

Moody had been working in the industry for almost 20 years before letting her license lapse this year in order to pursue her cause uninhibited. She hopes to bring awareness to a topic she believes is not talked about enough.

“I kept thinking, ‘what chance does little old me stand?’ But it got to the point where you can’t ignore that voice in your head,” she said. “I couldn’t sign any more contracts with buyers and sellers knowing that I was legally binding myself to them and I was obligated under all of these fiduciary duties for loyalty and disclosure to them after I felt I was being hushed about talking about this issue.”

While the majority of states require background checks in order to obtain real estate licenses, Michigan does not. As part of the application process with the Michigan Department of Licensing and Regulatory Affairs, applicants are asked to check a box adhering to the requirement that applicants have “good moral character.” LARA’s good moral character question is as follows:

I have the ability and will serve the public in a fair, honest, and open manner. If I have had a judgment of guilt in a criminal proceeding or a civil action against me, I am rehabilitated, or the substance of my former offense is not reasonably related to the occupation or profession for which I am seeking a license.

The decision to seek change is important to Moody, who as a youth was sexually assaulted by a relative who later became a licensed realtor. Despite being sentenced to 30 days in jail for fourth degree criminal sexual conduct and registered as a sex offender, the relative was able to obtain and maintain a license after the incident.

“Where’s this change going to happen,” she said. “I feel like somebody has to be passionate about it in order to pursue it because it’s been put on the back burner. I’m very passionate because it’s hit me on more than one level. I feel personally accountable for the things that I have remained silent about for so long.”

Moody is not the only person in the industry hoping for a change in the process. Among several other real estate agents who agree with Moody is Brian Floor, the co-owner of Integrity Real Estate. Floor has been in the real estate industry for more than 20 years and has been aware of the lack of a background check concerning real estate licenses for just as long.

“I don’t think it crosses the public’s mind that there is the potential for someone entering their home with certain conditions in their background,” he said. “I think if they knew that, they might do more due diligence before making a choice.”

In September 2020, Michigan legislature passed bills that redefined past good moral character laws, saying most licensing boards would not be able to consider misdemeanor offenses when assessing moral character.

Occupational license applicants in Michigan must acknowledge if they have any past criminal convictions and explain the nature of the offenses to LARA, which considers each candidate on a case-by-case basis, including whether the offense relates to the license sought, how much time has passed since the conviction, evidence of rehabilitation, and other specific circumstances.

Applicants may also request a preliminary determination from LARA concerning whether any court judgments against an individual would likely result in a denial of a license for failing to meet the “good moral character” requirement.

Moody believes that the lack of a background check means applicants with a criminal past could choose to lie about their criminal history in order to obtain a license.

“The states really should be responsible,” she said. “How many people are going to tell on themselves? You basically have a self-evaluation and a self-disclosure question. That’s it. There’s nobody following up on that.”

The new legislation was put in place to help people with criminal histories find work. While she understands the perspective, Moody hopes decisions can be made to protect homebuyers from potential threats.

“I don’t profess to know all these answers,” she said. “I just know that we have to ask these questions. A conversation has to be started and I know that if veterinarians and wholesale distributors can work it out and if 95 percent of other jobs out there can work it out with the details of what they find on a background check, so can realtors.”

Certain occupations, such as public health, law enforcement officers and childcare workers, could still be prevented from obtaining an occupational license if they are found to have a criminal history. According to Moody, real estate workers should be included in that list due to the access they have to personal information.

“Barbers aren’t being given keys to people’s houses,” she said. “Barbers aren’t nationally advertised on the radio as being ethical. … I think that we in the industry should hold ourselves to a higher standard — and I still like to say ‘we’ because I very much still feel part of the industry and I would like to express that I am in no way against realtors or the real estate industry. In fact, I am very thankful I have seen true professionalism. I have seen a level of ethics and morality that helped me rise above my situation.”

Floor and Moody believe the lack of a background check for real estate licenses goes against the code of ethics industry professionals are sworn to abide by.

“We are to provide full disclosure to our clients for all known material facts about homes,” Floor said. “We are to be forthcoming at all times. With all of our duties of full disclosure, this is left out. I think this is important.”

Moody has made calls at the state level regarding the issue and has contacted the National Association of Realtors. She is currently learning the laws on petitions and is willing to travel to Lansing to speak to legislators in order to get the conversation started on the state level.

“I am willing to go the extra mile because I really believe the squeaky wheel gets the oil,” she said. “I believe that there is a process and again real estate has helped me with that. There is always a process; if you just see all steps through and follow through, you’ll get to closing day. My closing day, in this instance, is when the state steps up and makes that change to require background checks for real estate licenses. I would like to see that happen across the nation.”