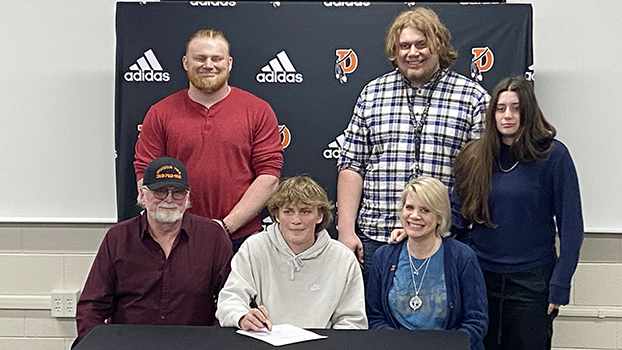 “I had a lot of schools catch my eye and interest me, but I narrowed it down to two, which were Goshen College and Rock Valley,” Green said. “It has a great atmosphere and area.”

Green will be studying business with a minor in nursing.

The Golden Eagles were 10-4 last year, setting a new record for wins in a season. Rock Valley was ranked as high as No. 7 in the NJCAA Division III rankings and spent eight consecutive weeks in the top 10.

In July, Rock Valley approved a motion to transition into Division II beginning this fall.

Noah is the son of Steve and Nicole Green.