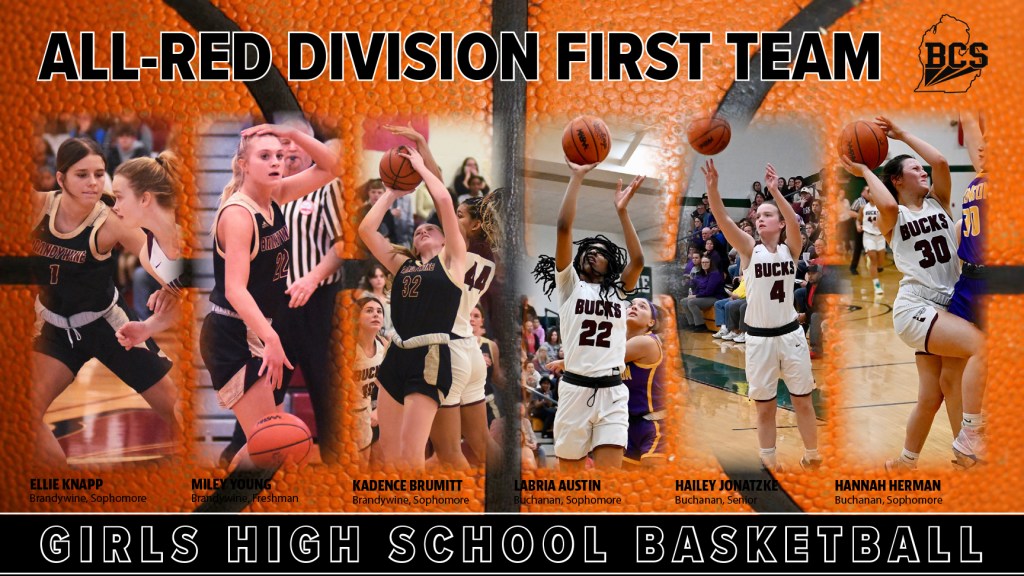 Joining Knapp, a sophomore, were teammates Kadence Brumitt and Miley Young. Brumitt is also a sophomore, while Young is a freshman.

Knapp was southwest Michigan’s leading scorer for the 2021 season as she averaged 17.9 points per game. The Bobcats’ point guard averaged 3.7 assists and 4.9 steals while only committing 20 turnovers in 21 games.

Brumitt averaged 6.2 points per game and led Brandywine in rebounding with an average of 8.7 per game.

Young averaged 8.7 points per game in her first season on the varsity for the Bobcats. She also had 31 assists and 39 steals.

Buchanan’s Austin averaged 12.2 points per game to go along with 4.2 rebounds, 2.8 assists and 2.3 steals in helping the Bucks earn a share of the Red Division championship.