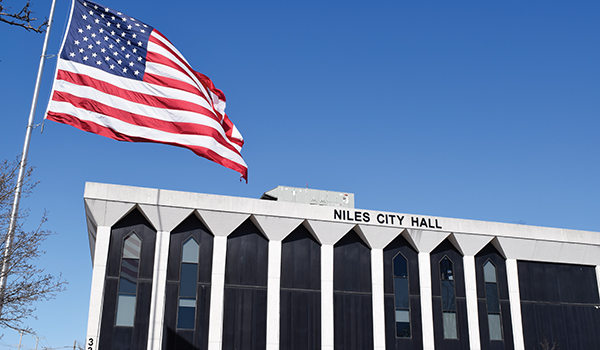 NILES — Auditors from Maner Costerisan gave high marks to the City of Niles’ financial records during Monday’s city council meeting at the Niles Fire Department.
The city’s fiscal year 2021 financial audit was presented by William Tucker of Maner Costerisan, who called the audit a “unmodified clean opinion” for the city, which is the highest auditor opinion. According to the audit, the district did not have any issues of non-compliance with grants or regulations.

“It was a good, clean audit in a number of different aspects,” he said. “Financial statements, single audit compliance and then obviously increases in your fund balances.”

That number represents approximately 69 percent of annual operating expenses, up from 67 percent in 2019-20. Tucker described it as a “good” fund balance for the 2020-21 fiscal year.

The city’s total revenues came out to approximately $8.3 million, a 1 percent decrease from the previous year.

The city’s insured governmental revenues were down roughly $170,000 compared to the previous fiscal year. Tucker said this was due to the city receiving a number of COVID relief grants in 2020 for public safety, public health, payroll reimbursements and first responder hazard pay.

Niles’ total expenditures came out to $7.8 million, a 3 percent increase. Tucker said the largest expenditure change came from public safety, which saw an expenditure increase of roughly $570,000 via salary increases.

Overall, the city was able to add $310,600 to its fund balance. Tucker said that the city’s revenues have exceeded its expenditures in each of the last five years.

Members of the city council thanked the city accounting department for ensuring a smooth audit process.

“I want to commend them,” said councilman John DiCostanzo. “We get these reports every year on the accounting system and they do a great job. I really appreciate it and I think the whole city does. The city manager does a great job managing the finances. I think the city with all the struggles we’ve been through over the last three or four years, we always seem to make it work and I think that’s worth a lot of appreciation and recognition.”