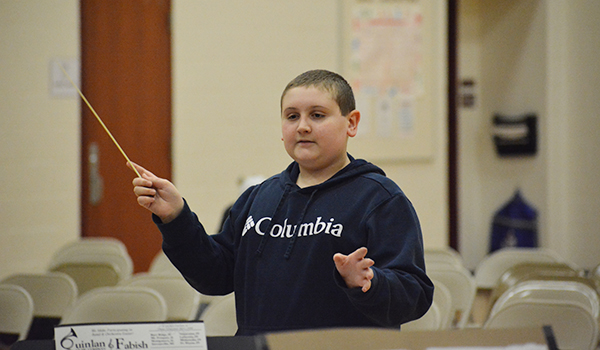 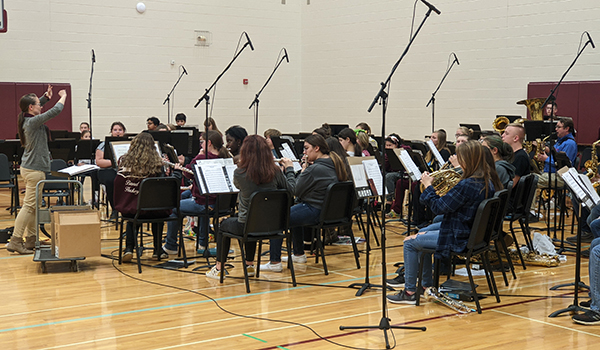 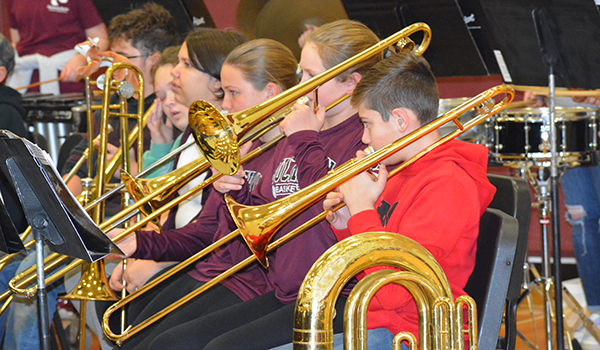 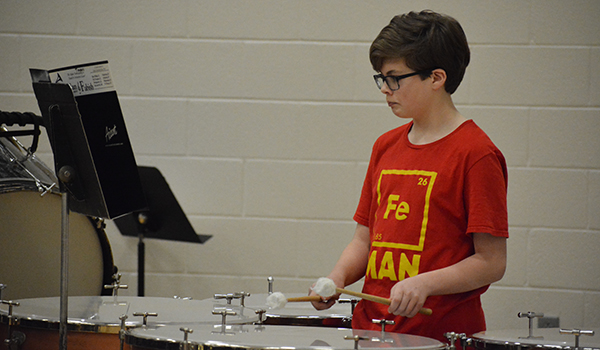 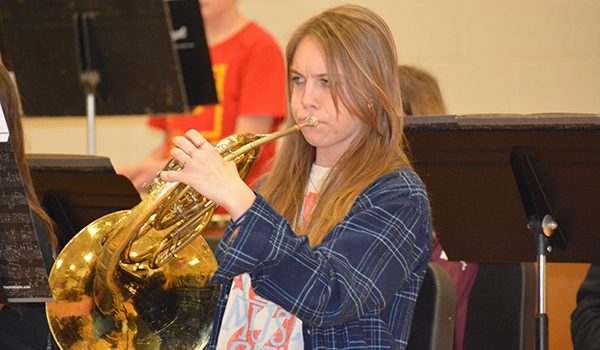 BUCHANAN — A local marching band is using the month of March to tread toward its fundraising goals.

A free concert, the Play-A-Thon consisted of band members from sixth through 12th grade playing popular songs voted on by the students themselves from 3 p.m. to 9 p.m., with breaks sprinkled throughout.

“The whole band is working together and preparing the middle schoolers for joining the marching band in the future,” said Buchanan High School Band Boosters Fundraising Chair Jen Tabor.

The Play-A-Thon is part of the Band Boosters’ March 4 Band campaign, a community drive created to support the Buchanan Marching Band.

“We started noticing that some equipment is out of date,” Tabor said. “The band is a smaller organization and a lot of the things that we do aren’t seen day to day. They’ve probably needed instruments and things for a while.”

With March being national marching band month, the booster club believed a fundraising campaign in March would be successful and created March 4 Band.

According to Tabor, the goal of M4B is to raise $60,000 for new marching band uniforms, color guard uniforms, instruments and equipment. To date, the campaign has raised roughly $17,000 toward its goal.

“For example, a band jacket is $300,” she said. “With a whole outfit, it could easily be $350 to $400 per kid. If you multiply that out by the number of kids that are in band, we’re right around $40,000 for just new uniforms. That’s gonna take a major fundraising effort and that’s why we started doing this.”

There are three donation levels – ranging from $100 to $5,000 – that each offer different perks for donating to the cause. Tabor said the club has reached out to local businesses and nonprofits to gauge their interest in supporting the campaign. She said the Gateway Foundation – through its Junior Achievement Club – approved a $7,000 grant application the club had submitted. The city of Buchanan created a decree stating that March is March 4 Band Month.

“The people of Buchanan love Buchanan,” Tabor said. “I just wanted to make them aware of what our bands look like when they’re traveling because I think that it’s a problem that our community would solve. If they had an awareness of what it looks like when we’re out of town, when they don’t see us then they would be like ‘oh, I get it, let me see how I can help out.'”

Readers interested in donating can send checks to the school district out to “Buchanan Marching Bands”, access the band’s GoFundMe titled “March 4 Band”.