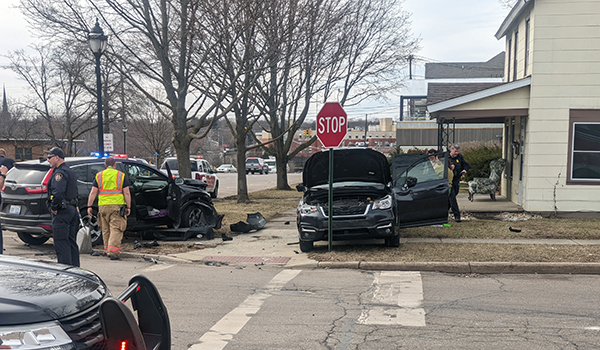 NILES — No serious injuries were reported in a two-car crash that occurred at approximately 2:30 p.m. Monday near the intersection of Fourth Street and Broadway Avenue.

According to the Niles Police Department, a vehicle traveling northbound did not see a vehicle approaching westbound, resulting in a collision. Airbags were deployed in each vehicle and while those involved in the crash were “banged up,” no serious injuries occurred.