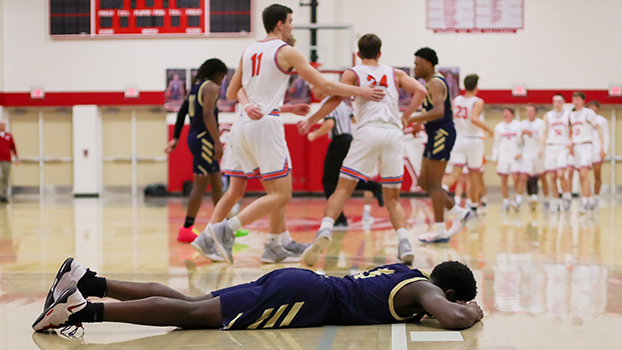 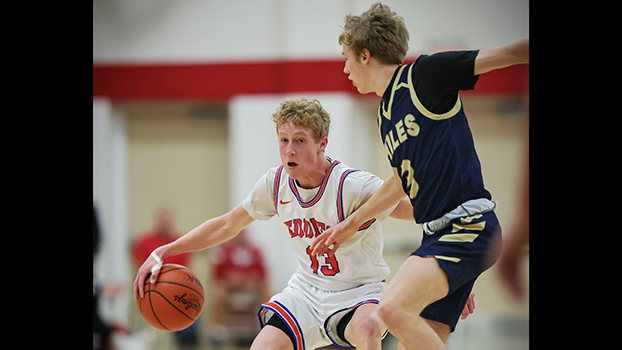 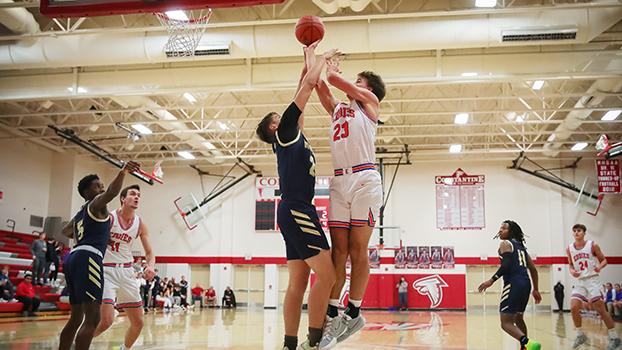 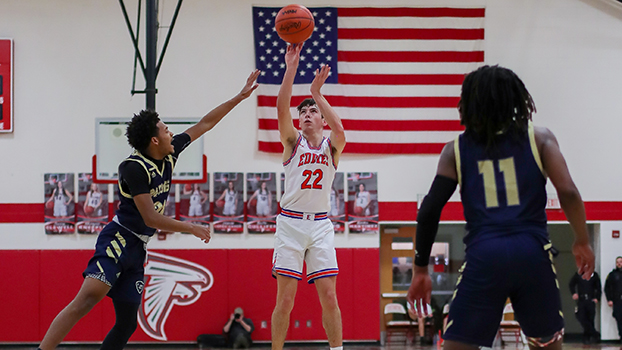 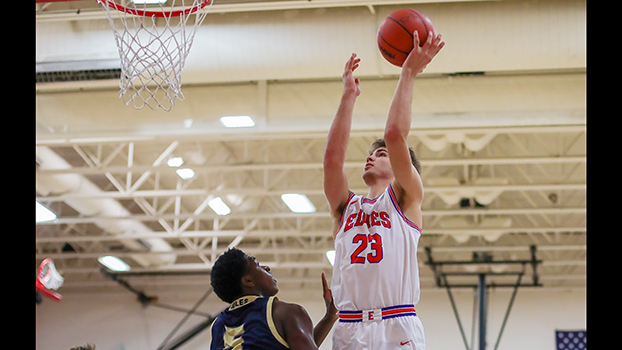 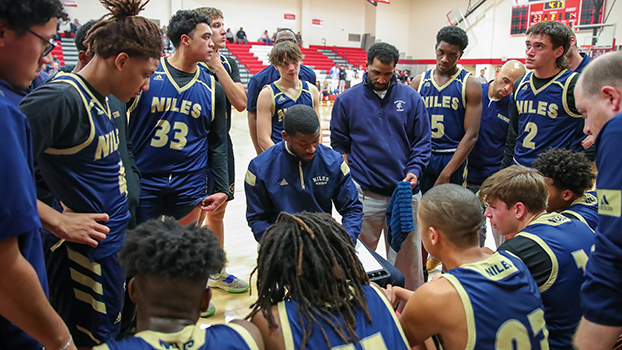 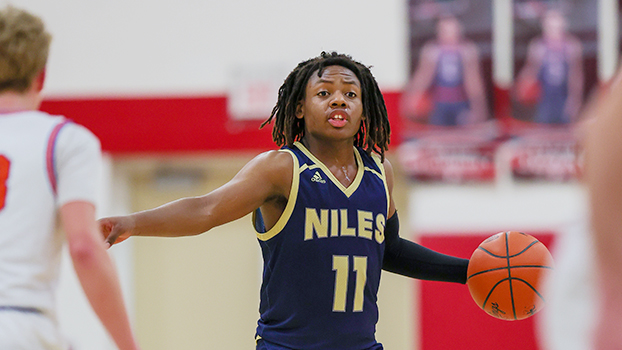 With 10 seconds remaining, Niles’ Michael Phillips headed up the court with the Vikings trailing Edwardsburg 47-46.

Phillips’ 3-point attempt caromed off the rim as the Eddies held on to advance to Friday night’s championship game against another Wolverine Conference opponent — Vicksburg.

The Eddies (14-7) struggled down the stretch this season, winning just one of its final four games.

Edwardsburg had swept the Vikings (7-14) in its Wolverine Conference South Division contests — 47-31 in January and 64-47 in February — but was unable to shake Niles Wednesday night.

Despite a fast start, which saw the Eddies take a 19-11 lead, the Vikings hung around. Trailing 24-17 heading into the third quarter, Niles outscored Edwardsburg 14-8 to trim the lead to 32-31.

The two teams traded runs early in the fourth quarter, which led to Niles leading 46-42 with 90 seconds remaining in the contest. But like it had all season long, the Vikings could not hold on to that advantage.

The Eddies outscored Niles 5-0 down the stretch to pull out the victory.

Phillips led the Vikings with 14 points. He was the only Niles player to reach double figures.

Edwardsburg Coach Steve Wright said his team must limit second-chance opportunities, make shots and control the tempo against the Bulldogs if it wants to win Friday night.

“Vicksburg is playing really well,” Wright said. “They have size, length, and are physical. They are strong rebounders and distribute the ball on offense. I would anticipate a tough, physical game, typical of what you would see in the Wolverine Conference. We need to play well to win.”

The Eddies swept a pair of non-divisional games against Vicksburg during the regular season, winning 66-46 and 55-52.

Dowagiac was able to hang around for one half against No. 1-seeded Benton Harbor, but in the end, the Tigers had too much firepower and pulled away to a 73-49 win in the Division 2 District semifinal at South Haven High School Tuesday night.

The Tigers outscored the Chieftains 36-21 to break the game wide open.

Dowagiac (11-10) was led by Henry Weller and Jordan Hardin, both of whom finished with 13 points. Cole Weller ended his Chieftain career with seven points.