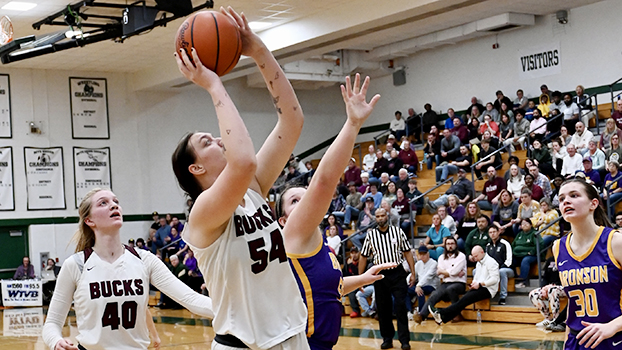 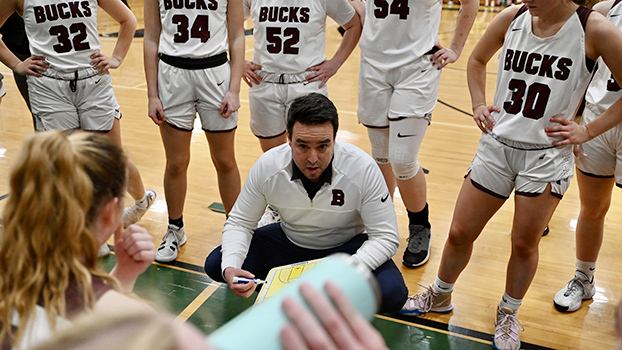 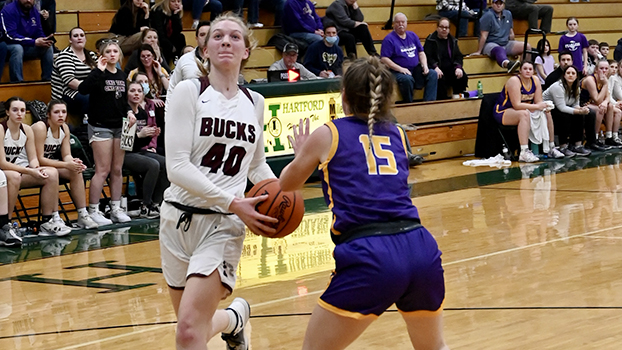 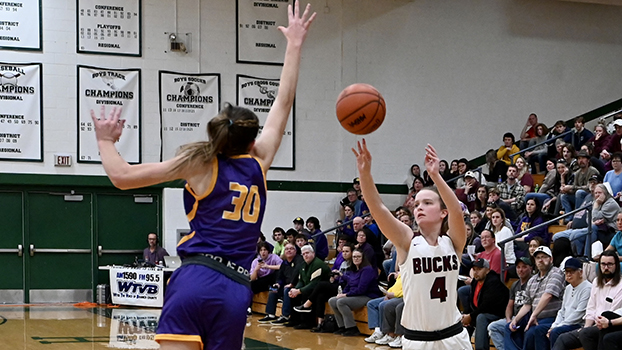 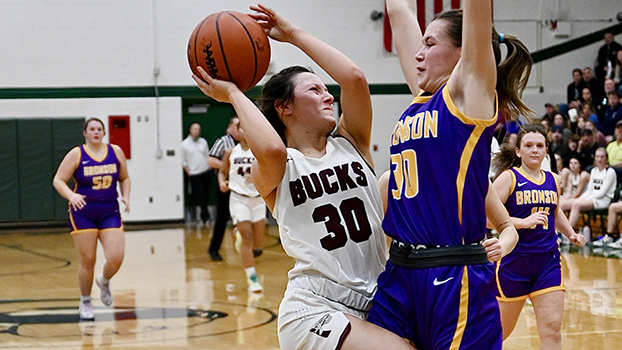 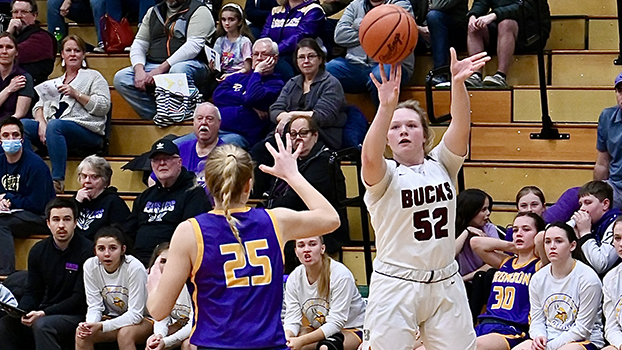 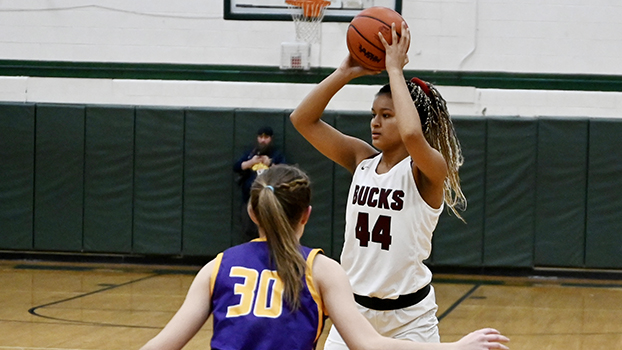 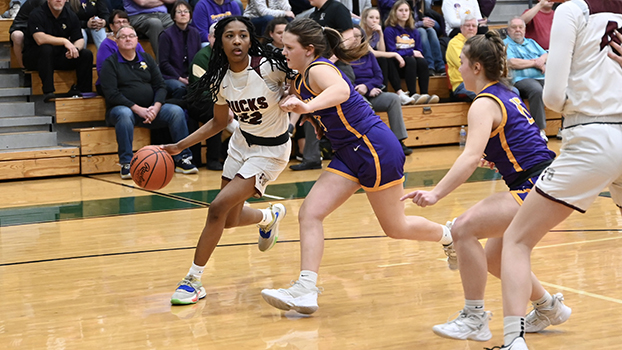 HARTFORD – LaBria Austin has a knack for shining when the lights are at their brightest.

One week after leading the Buchanan girls basketball team to an emotional rivalry win over Brandywine, the talented sophomore scored a game-high 21 points as the Bucks overcame a 12-point halftime deficit to best Bronson 45-37 in the Division 3 Regional semifinal game at Hartford Tuesday night.

“I’m proud of our team,” Austin said. “We worked together right to the end and we brought the dub home. I’m proud of everyone.”

“LaBria is LaBria,” Miller said. She’s toughing out some knee pain. She’s one of our best on-ball defenders, and I think that hurt us in the first half. We like to put her on one of their good guards, but her knee wouldn’t allow it, so we had to hide her on defense. She found a way to gut it out and we found a way to win. I’m proud of them.”

The Bucks will face Schoolcraft at 7 p.m. Thursday in the Regional championship game.

Aubree Calloway and Brealyn Lasky tallied 12 and 11 points for the Vikings, who went into halftime up 25-13 after outscoring Buchanan 17-4 in the second quarter.

Coming out of the break, Buchanan turned to Austin to spur the comeback. Austin and  Carson combined to score 16 of Buchanan’s 18 points in the third quarter as the Bucks ended the frame on a 10-2 run to cut the deficit to 33-31 entering the fourth.

“In the first half, we weren’t really communicating,” Austin said. “We weren’t being patient on offense. At halftime, we talked about working together and communicating better.”

“We want to be a team that’s got the heart of a champion, that doesn’t quit,” Miller said. “That was the big thing to try to get them to believe that. We were only down six buckets at halftime; we hadn’t played great and they knew it. Even when things weren’t going well, the third quarter started and they kept coming back.”

In the fourth quarter, it was all Buchanan. The Bucks were made key shots on offense and was able to cool off Bronson’s outside shooting to hold the Vikings to four fourth quarter points.

“We finally found a lineup that clicked,” Miller said. “Part of that was our defensive pressure. We put the pressure on the guards like we wanted to, and it took a while to get that going. But once we sped it up, attacked the boards pretty well, we got some transition baskets, and good looks, and things went our way.”

An inconsistent free throw shooting team all season long, the Bucks made 15-of-17 free throws in the game, include 10-of-10 in the fourth quarter. Bronson went 0-for-3 from the free throw line for the game.

“That was huge,” Miller said. “They’re great shooters in practice. It hadn’t translated into a game yet, but today it did and I’m glad.”

Carson had one of the best games of her young Bucks career, teaming up Austin to spur the second-half comeback.

“Alyssa stepped up and played great,” Miller said. “I’m super proud of her, she had a big game for us. … She was open and we did a good job of finding her. She tapped the boards and we got some quality looks and we needed them.”

With a win in hand, Buchanan looks to extend its season facing a formidable Schoolcraft team Thursday.

“We have one day [to prepare] and we’re glad,” Miller said. “We’re glad we’re playing on Thursday and we’ll show up and give it our best shot.”