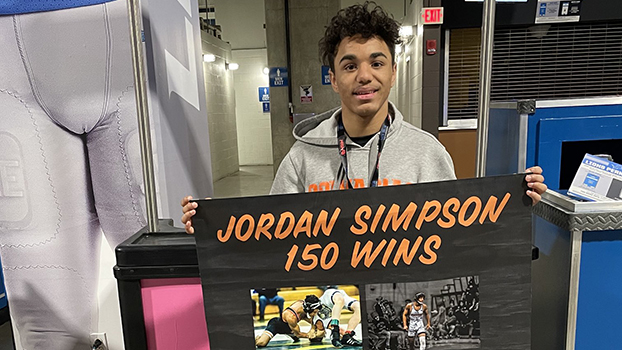 Simpson finished fourth at 112 pounds in Division 3 after being pinned by Drew Hansen of Gladston in 2:29. Simpson, who ends his Chieftain career with 153 victories, reached the consolation finals with a win by injury default in the semifinals.

Walter reached the consolation finals with a 7-6 victory over Kaia Schenk, of Kenowa Hills.

Brandywine played three out of the four wrestlers it took to the Division 4 finals.

In Division 2, Edwardsburg’s Nathan Andrina finished eighth after being pinned by Bay City John Glenn’s Garett Forgash in 2:24 at 171 pounds.