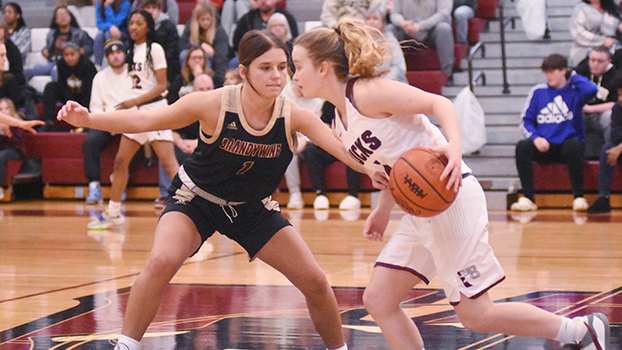 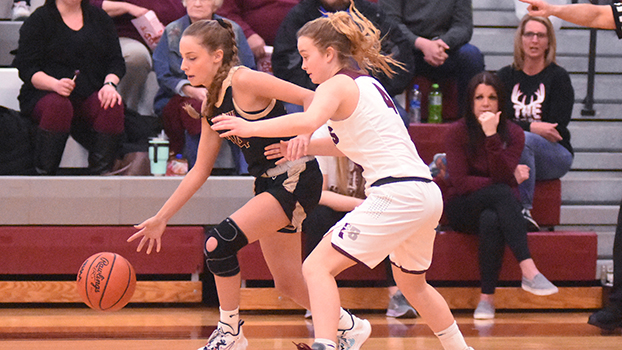 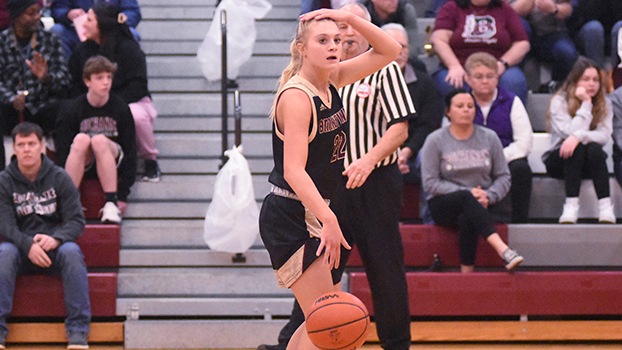 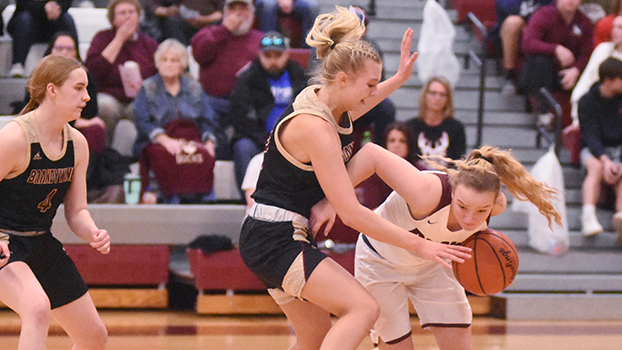 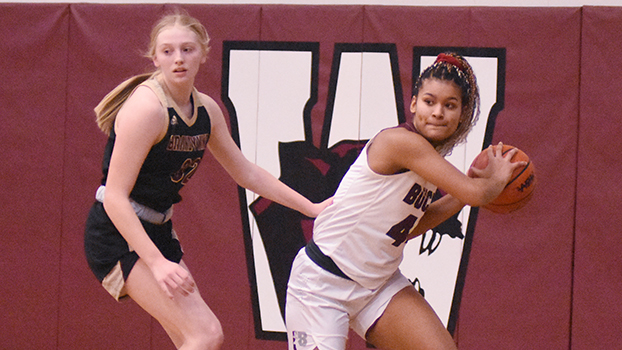 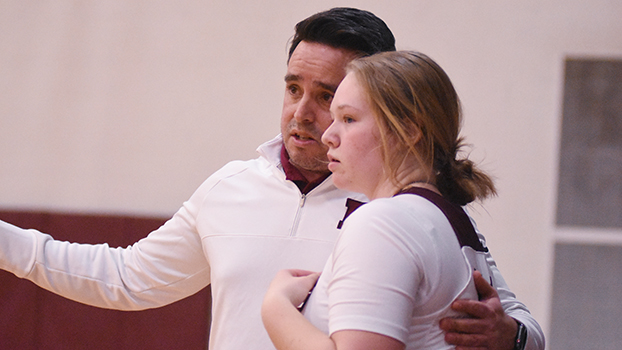 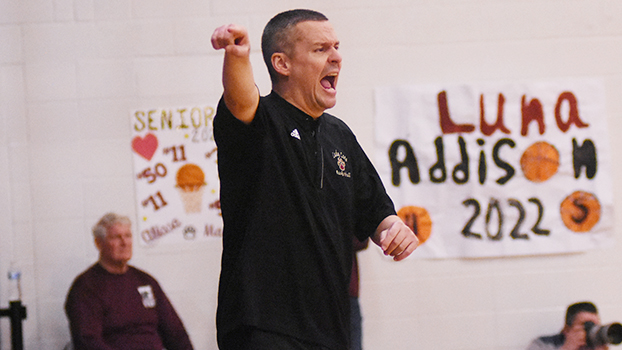 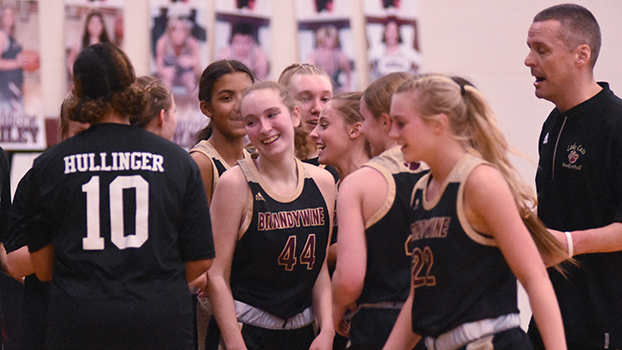 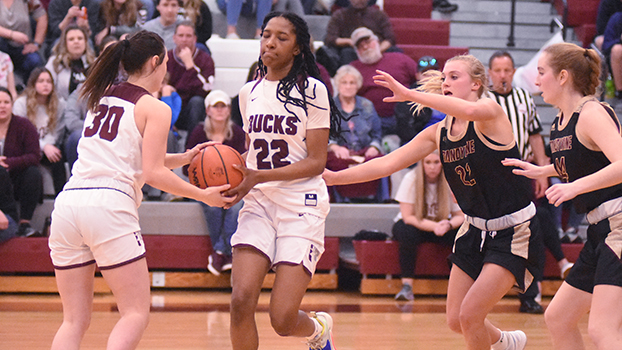 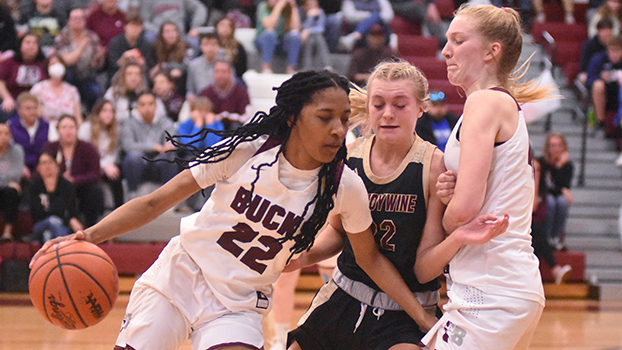 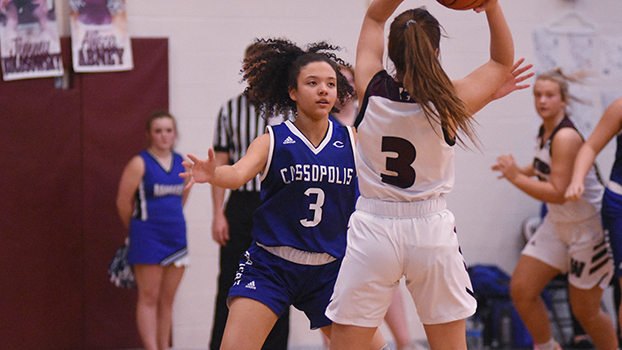 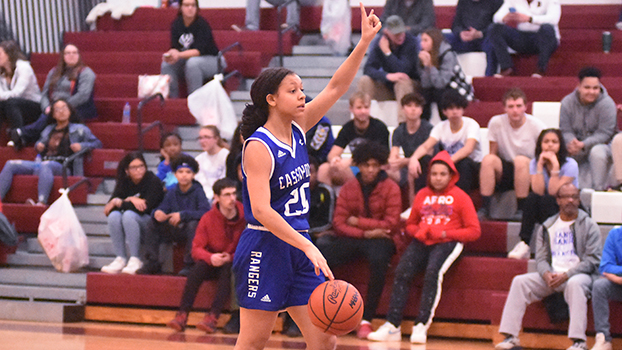 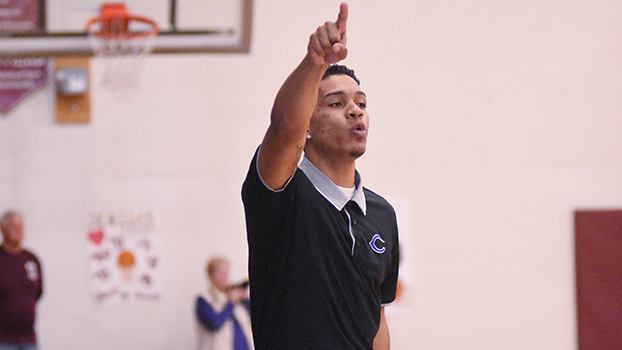 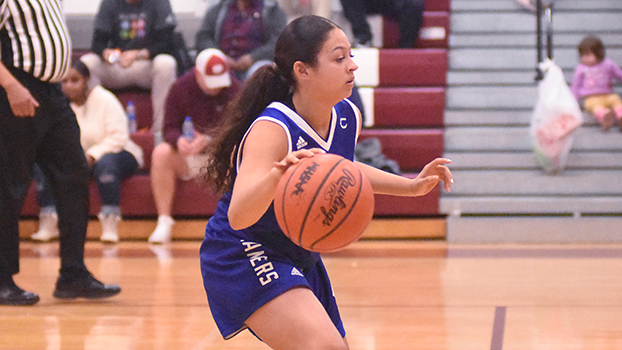 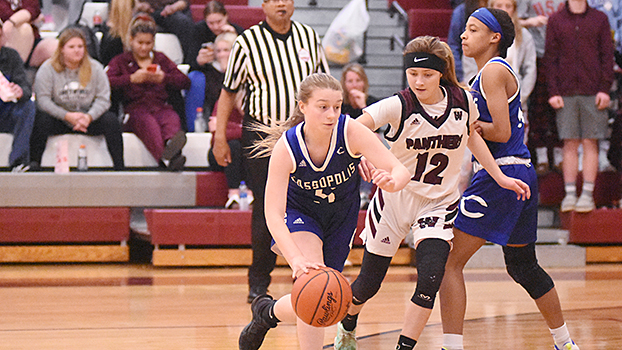 WATERVLIET — With the final seconds ticking off the clock and its season hanging in the balance, Buchanan put the ball in the hands of its sophomore standout.

LaBria Austin delivered as she drained a game-tying 3-pointer at the buzzer to send the Division 3 Girls District semifinals into overtime at Watervliet High School Wednesday night.

The very next shot the Bucks took, another 3-pointer, this one by senior Alexa Burns, gave Buchanan a lead it would never relinquish in defeating archrival Brandywine 57-46.

The win sends the Bucks into Friday night’s district championship game against the host Panthers, who defeated Cassopolis 66-42 in the other semifinal Wednesday night.

While Buchanan Coach Gabe Miller wanted the final shot to be taken by Austin, he was not as excited about the 3-pointer that Burns hoisted up to begin the four-minute overtime session. The triple sparked a 6-0 to open overtime for the Bucks, who held the Bobcats to just two points in the extra session.

The Austin game-tying shot almost did not happen as the Bucks were a bit confused coming down the court trailing by three points.

“The funny thing is you could hear Hannah [Tompkins] yell, ‘Who am I supposed to set the screen for?'” Miller said. “But she found her; we got the player who we wanted to shoot the ball. LaBria came off and had a nice open look and hit the shot.”

As for the shot that Burns took?

“Alexa and I have had our arguments about her 3-point shooting,” Miller said. “But that was a big shot by a senior.”

“No more red light on 3s?” Burns fired back.

There may have been plenty of jokes and smiles after the game for Buchanan, but it was no laughing matter for Brandywine Coach Josh Hood, who took responsibility for the mix-up on defense that allowed Austin to get the shot off.

“With 10 seconds to go, you have to be able to execute in certain situations,” he said. “Unfortunately, we had a communications breakdown and a credit to LaBria for making that shot. We knew they were going to set a high ball screen and we were going to switch on all those high screens. We contemplated fouling if we got up three, but we hadn’t been great all year at defensive rebounding on free throws, so we were going to force them to make a shot.

“Somebody has to pick up the screener. That falls on me. I have to be better at communicating to the girls which one they should be guarding. It was a really tough breakdown, but give credit to their player for hitting a really big shot.”

Hood, who said this loss was one of the toughest he has had, cannot quite figure out how his team lost the game as it had 23 more shot attempts, outrebounded the taller Bucks and forced 24 turnovers.

“That is a recipe to win by double digits,” he said. “But you have to make those shots. You can’t have a bunch of free throw misses.”

Brandywine, which split its regular-season games with Buchanan, got off to a quick start, leading 7-2 in the opening quarter. The Bucks (17-5) regrouped and used a 9-0 run to open the second quarter to take a 15-9 lead. Buchanan led 20-16 at halftime.

It appeared that the Bobcats (18-3) had regained control in the second half before the play of Kadence Brumitt in the paint and the outside shooting of Cortney Bates.

Brumitt scored 16 points and grabbed a game-high 21 rebounds, while Bates, who finished with nine points on a trio of 3-pointers, gave the Bobcats a 32-27 lead that Brandywine would maintain until Austin’s season-saving shot. Brandywine also got 16 points from Ellie Knapp.

“It was a fun game,” Miller said. “We had some moments where we looked like it was our first time playing basketball. … I’m proud of my girls. When we made mistakes, we kept our head in the game. And when we needed certain people, they made some big plays.”

Cassopolis made quite a turnaround this season under first-year Head Coach Stefon Luckey. Unfortunately for the Rangers, they ran into a buzz saw in the host Panthers Wednesday night.

Watervliet (19-2) began the Division 3 District semifinal with a 19-2 run and never looked back in defeating Cassopolis 66-42.

The Rangers, who went from no wins last season to 12-9, could not match the energy of the Panthers in the opening quarter. After falling behind 22-6, Cassopolis played nearly even with Watervliet, getting outscored just 42-38 over the final three quarters.

“We came out super flat,” Luckey said. “I was shocked that we came out like that. There was nothing that they did that we didn’t expect. They didn’t trick us with anything. It was all on us. We beat ourselves.”

The Panthers were led by Sam Dietz’s game-high 22 points, while Maddie Flowers and Grace Chisek added 13 and Ellie Golden 12. Dietz is the daughter of former Dowagiac Coach Ken Dietz, who now coaches the Panthers.

Atyanna Alford’s 10 points led Cassopolis. She was the lone Ranger in double figures. Zaniya Dodd and Mackenzie Boyer both finished with six points.