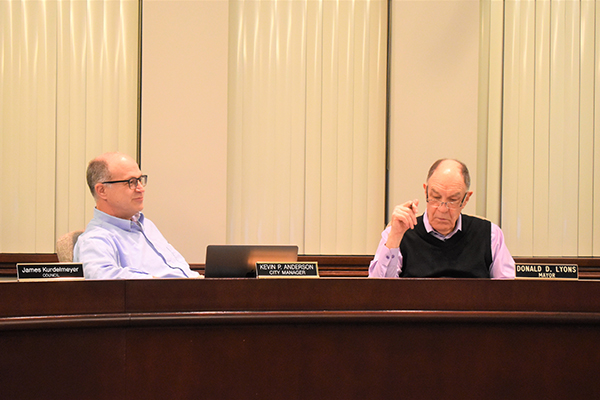 DOWAGIAC – The 2021 financial numbers are in, and the auditors have completed their work.

The Dowagiac City Council heard a presentation of an audit of city finances on Monday, for the fiscal year ending Sept. 30, 2021. Highlights of the audit included a decrease in city revenue and an increase in expenditures.

Jamie Rivette of Yeo and Yeo CPAs and Business Consultants presented the audit report results via Zoom, and concluded by commending the city’s quality of preparation compared to last year.

“I just wanted to say there was significant improvement we noticed on our end,” Rivette said. “Last year, we had to adjust 18 journal entries, and this year there were six, and two of those six were fixing errors from the previous year. Huge, huge improvement … you guys are definitely headed in the right direction.”

Tax revenue increased by about $73,000 to $1,782,838, and accounted for 46 percent of total city revenue. The increase was attributed to a three percent increase in taxable value, according to Rivette.

According to the report, the city went over budget for the general fund by $124,031, and did not properly report the expenses.

“Amounts continue to be spent despite the lack of budgeted funds to support the expenditures,” the report states. “Recommendation: We recommend that the city develop budgetary control procedures, including passing budget amendments, which will ensure that expenditures do not exceed amounts authorized.”

In response, the city said future motions of approval will also include language to amend the proper budget line item for the major expenditures.

Overall, Rivette said the city did a good job in getting the auditors materials in a timely fashion so they could complete the review.

“We do appreciate the team effort on getting this big book out the door on time,” Rivette said.

To see the entire audit report, visit cityofdowagiac.com and search for the City Council packet for Feb. 28.

In other business, City Manager Kevin Anderson announced the city has received proposals for the redevelopment of the old Lincoln Elementary, 407 E. Division St. The former schoolhouse, which was built in the early 1950s and last used by the Encore Dance Company, has been unoccupied since 2013.

“I could not be any happier at this point because we have two very legitimate companies that have done similar kinds of projects,” said Anderson, adding he and Mayor Don Lyons will be meeting with the companies to begin the process of vetting. “Once we get through the vetting, we’ll call council back together for some formal workshops. … I’m very encouraged by the proposals we have received.”

Anderson said the process will likely take nine to 12 months to work through the grant process before work can begin.