Robert William “Bill” Checkley, 80, of Cassopolis, passed to his rest Feb. 19, 2022, at Ascension Borgess-Lee Hospital, Dowagiac, in the emergency room from an apparent heart attack, at his home. He was born March 9, 1941, in Elkhart, the son of Robert Maynard and Nellie Loretta (Gigi) Checkley and has lived in the area all of his life. Bill’s life was in heavy equipment machinery. Whether digging, road repairs, large equipment usage or driving a truck, this was his life’s work. 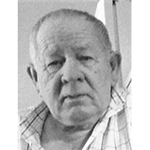 Bill was married June 1, 1985, in Cassopolis to Bonita “Bonnie” (Fitzgerald) Solloway, and she survives with his children, James Allen Checkley of Marion, Indiana, Michael William (Beth) Checkley of Franklin, Indiana and Stephen Ray Checkley of Indianapolis. There are two stepchildren, Gary (Tina) Solloway of Cassopolis and Melinda (Miguel) Torres of Volinia, Michigan. There is a total of 26 grandchildren and 24 great-grandchildren as well as his siblings, Loretta Freshour and Sally (John) Beckwith, both of Edwardsburg, Nancy Ruminer of Dowagiac, Gary (Cindy) Checkley of Elkhart, Donald (Cindy) Checkley of Dowagiac and Thomas Checkley.

Family and friends may gather from 2 to 4 p.m. Saturday, Feb. 26, 2022, at the Paul E. Mayhew Funeral Home, 26863 West Main St., Edwardsburg, where there will be a visitation for two hours, followed by a prayer service at 4 p.m. Cremation will take place and he will have his final resting place in Adamsville Cemetery, Edwardsburg, where many of the Checkley family members are resting.

In lieu of flowers, memorial donations may be made to Cass County Cancer Services, P.O. Box 676, Edwardsburg, MI, 49112.