Column: Regarding sportsmanship, it’s time for a wake-up call 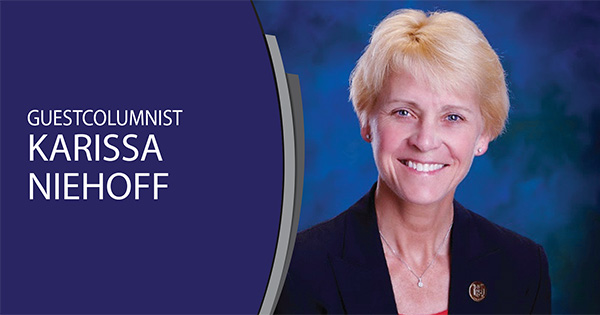 From time to time, everyone needs a wake-up call to get back on course, to regain focus, and to “get with the program.”

That time is at hand in high school sports as it relates to unsportsmanlike conduct.

In the 103-year history of the National Federation of State High School Associations and organized sports in the United States, good sportsmanship has been one of the most important outcomes of these programs. When appropriate behavior occurs, competitive play is more enjoyable for everyone.

And for some individuals recently, the games have not been enjoyable. In the past few months, the following are some of the unfortunate incidents that have occurred at the high school level:

Unfortunately, the list could go on and on. When hearing accounts like these and many others that regularly occur, the primary reason for the current officials’ shortage becomes painfully obvious — unacceptable behavior on the part of coaches, parents and other spectators.

While all of these displays of unacceptable behavior must stop, the recent occurrences of students and other spectators using hurtful, demeaning and hateful language at individuals on the opposing team is heartbreaking.

High school sports and other activities exist to lift people up, not demean or tear people down. The goal is to treat everyone equally and treat each other with respect. Any speech or harassment that is insulting, demeaning or hurtful will not be tolerated.

High schools must establish a culture that values the worth of every single person — both players on the school’s team and players on the opposing team. There must be a no-tolerance policy regarding behavior that shows disrespect for another individual.

Likewise, the accounts of violent attacks against officials are incomprehensible and must be stopped. As Dana Pappas, NFHS director of officiating services, said, “Do you really think that these individuals who are volunteers are going to take a half-day off of work, get paid less than they’re probably making at their real job to go and be unfair in a game? It doesn’t make sense. They are there to give back. They are there to be community servants.”

NFHS playing rules are written to encourage sportsmanship. Participation in these programs should promote respect, integrity and sportsmanship. However, for these ideals to occur, everyone involved must do their part.

Because of a concern that unsporting behavior in education-based athletics has increased the past year, the NFHS has made sportsmanship the No. 1 point of emphasis in all sports for the 2022-23 season.

And if there was ever a doubt, the recent unfortunate events at the college level should make it crystal clear that the person most responsible for setting the tone at high school athletic contests is the coach(es).

If coaches act in a sportsmanlike manner, their behavior sets the tone for players, spectators and others. If coaches, however, are constantly complaining about the decision of contest officials, spectators are more likely to do the same.

There must be a collaborative, working relationship between contest officials and game administration to promote good sportsmanship and safely conduct the contest. Everyone has their roles to play in creating a positive, sportsmanlike atmosphere at contests.

Officials should focus on the actions of players, coaches and other bench/sideline personnel. A positive, open line of communication between officials and coaches ultimately results in a better contest for everyone involved.

If spectators are using demeaning or profane language at officials — or at others in the stands — those individuals must be removed from the contest by school administration.

Rather than spectators like the ones described above, more fans are needed at high school sporting events. Fans support the officials, the players and the coaches, unlike the fanatics who tear down and do harm to the participants, the school and the community.

Good sports win with humility, lose with grace and do both with dignity. It takes the efforts of everyone every day to ensure that sportsmanship remains one of the top priorities in education-based activity programs.

Dr. Karissa L. Niehoff is in her fourth year as chief executive officer of the National Federation of State High School Associations in Indianapolis, Indiana.