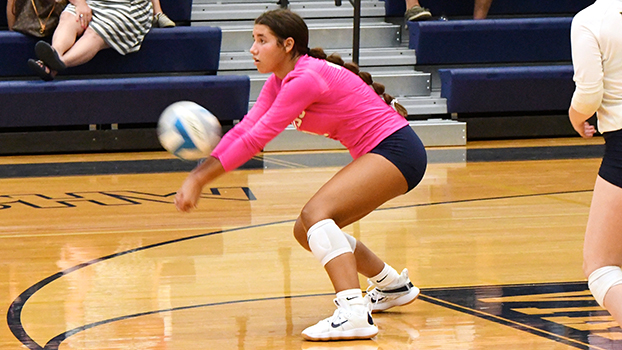 DOWAGIAC — New Southwestern Michigan College Volleyball Coach Jenny Nate did not have to look far for her latest recruit.

Nate now has a total of eight players signed to play for the Roadrunners, who returned to college athletics after a 25-year absence in 2021 with cross country. Southwestern will add volleyball, men’s and women’s basketball, as well as wrestling, starting in the fall.

Knight had 605 digs, 65 assists, 51 aces and 20 kills this past season for the Vikings, earning her All-Wolverine Conference honors and Division 2 All-Region. She played the latter part of the season with a leg injury.

Knight helped Niles go undefeated and win the Wolverine Conference championship in its debut season. She was also All-BCS Athletic Conference as a junior and Division 2 All-Region. She helped the Vikings earn Division 2 Academic All-State the past two years.

“Cadence Knight is one of the top, high-level defensive players I have ever had the privilege to coach, and she will add leadership, court presence, knowledge, skill, and speed to our backcourt,” Nate said. “She is incredibly adept at reading attackers. I have coached Cadence for the past three years at Niles, and she was a key part of our successful seasons the past few years, including two conference championships, multiple tournament championships, a district championship, a regional championship, and a trip to the MHSAA state quarterfinals.”

In the quarterfinals last November, Niles was defeated by No. 1-ranked Grand Rapids Christian.

“I am honored and excited to have the opportunity to continue to coach Cadence, now at the collegiate level, and welcome her to our SMC volleyball team where I know she will continue to do big things,” Nate said.