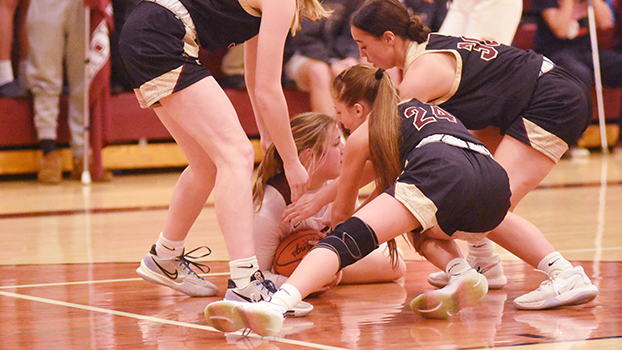 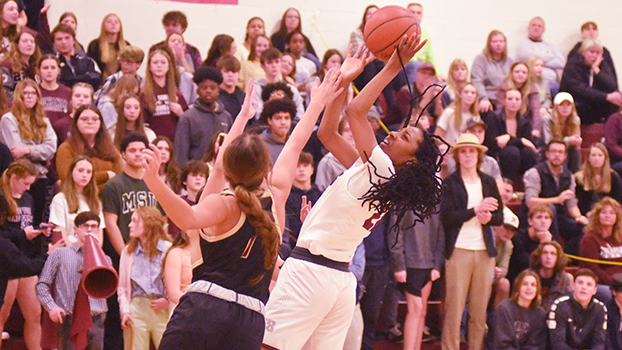 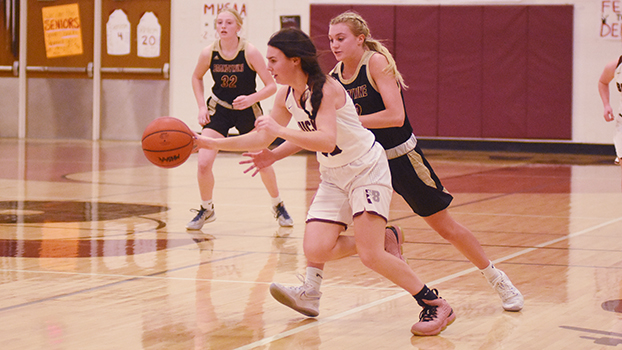 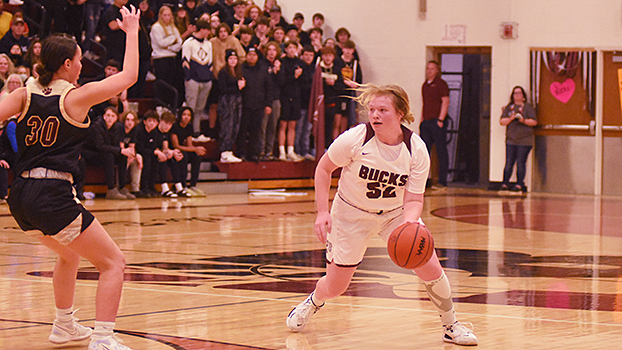 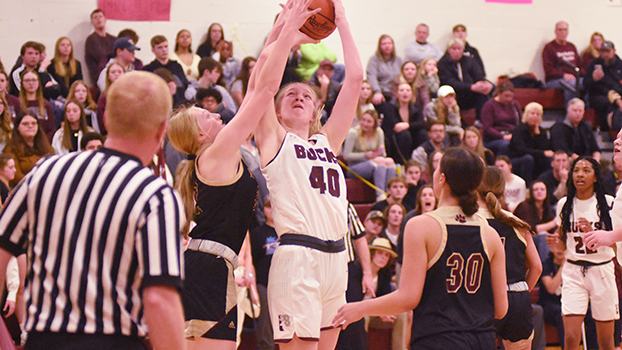 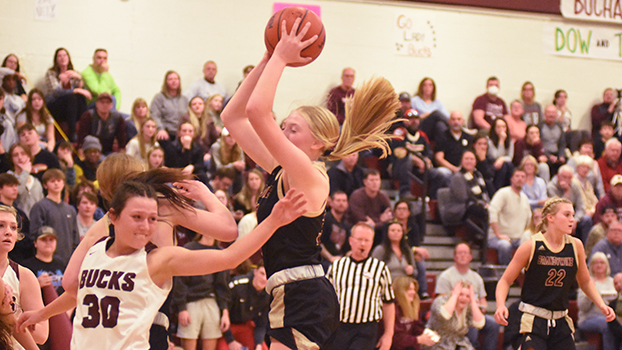 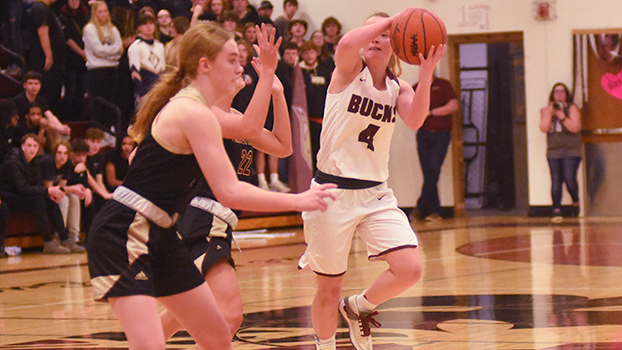 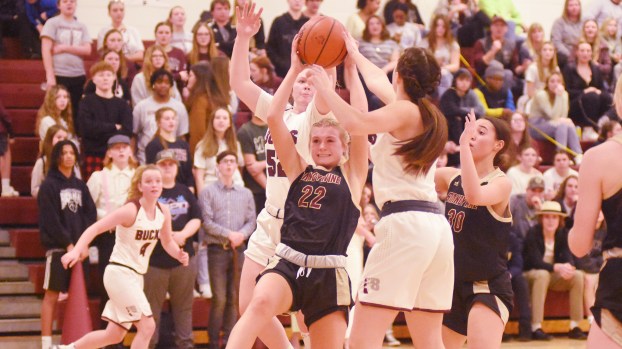 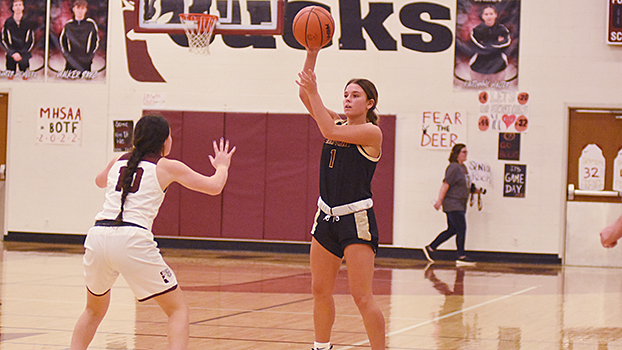 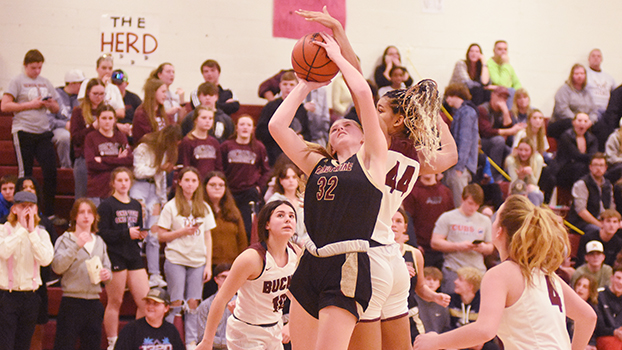 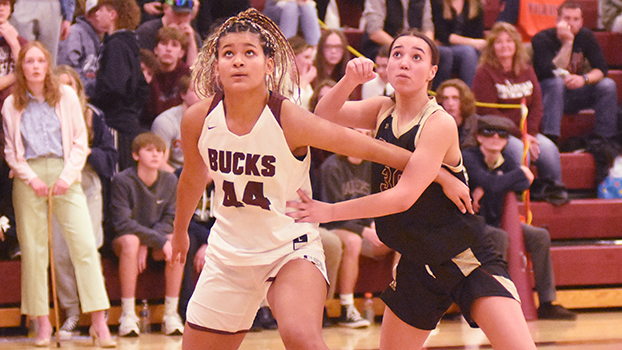 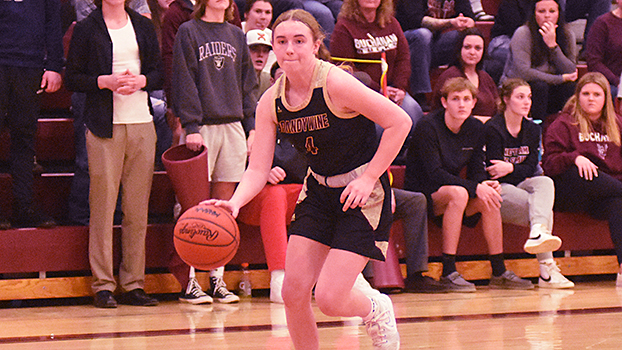 BUCHANAN — There is a formula for defeating No. 6-ranked Brandywine. Buchanan knows what that formula is.

The problem is executing the formula well enough for it to work.

Monday night, behind the play of sophomore guard LaBria Austin, the Bucks were able to execute at both ends of the court as they defeated the visiting Bobcats 42-36 to earn a share of the BCS Athletic Conference Red Division championship. They will share the title with Brandywine if the Bobcats defeat South Haven Thursday night.

The key to beating Brandywine is to match their energy and level on intensity for a full 32 minutes. A team must be efficient on offense and execute its defensive game plan flawlessly. That includes limiting the number of shots taken by Brandywine sophomore point guard Ellie Knapp, southwest Michigan’s leading scorer.

For the most part, Buchanan was able to do that, according to the Bucks’ Coach Gabe Miller.

“We were better prepared for what was going to be,” Miller said. “LaBria is a special player. She has had some illness and a twisted ankle this year, and she is still adapting to playing without Faith [Carson]. Everybody is keying on her. It was just growing pains. Today, she did what I have seen her do many, many times. I could not be prouder of her effort.”

What Austin did was score a game-high 20 points, helped the Bucks win the rebounding battle, came up with four steals and helped limit Knapp to eight points.

Brandywine Coach Josh Hood, who was seeking his 400th career victory as both a boys and girls coach, knew his squad, which consists mainly of freshmen and sophomores, were not as intense as they were when the Bobcats defeated the Bucks 53-47 on Jan. 13.

“It was a tale of two teams,” Hood said. “The first time we played, we were fired up and played with a lot of emotion. Tonight, you could tell, even when we made our little runs, we looked like a deer in the headlights, and they played like a team with four seniors that won the district championship last year and the conference.”

Hood also noted that this was the first true hostile environment that Brandywine has dealt with this season.

Austin scored the first seven points for the Bucks, who grabbed a quick 7-2 lead on the Bobcats. That advantage would not last long as the Bobcats got their feet under them, and from there, the game went back and forth with seven ties and five lead changes.

The game would be tied one more time, 29-29, before Austin came to the rescue again, this time scoring back-to-back buckets to give Buchanan a lead it would never relinquish.

There is little time for the Bucks to enjoy their big win as they travel to Mattawan to wrap up the regular season against the Wildcats tonight.

Brandywine (16-2, 4-1 BCS Red) will attempt to regroup and set its sights on getting a piece of the Red Division championship.

“Right now, our focus is on beating South Haven and getting a share of the conference,” Hood said. “At Brandywine, we are all about lowering that banner and adding another number to it. We’ll worry about next week after that.”