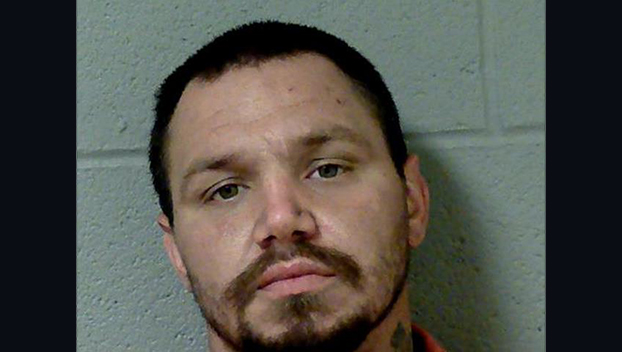 CASSOPOLIS — A Dowagiac man was sentenced to a year in jail on a variety of charges in Cass County Circuit Court Friday.

He pleaded guilty to fleeing police as a habitual offender and was sentenced to 365 days in jail with credit for 144 days served. He must pay $1,548 in fines and costs.

He also pleaded guilty to attempted failure to stop at a personal injury accident, attempted reckless driving, attempted operating without insurance and attempted driving with a suspended license, and was sentenced to concurrent terms of 93 days in jail with credit for 144 days served and $600 in fines and costs.

The incident occurred June 30, 2021, on M-51 and side roads in Pokagon Township. Ferrier fled police and took off at speeds of 100 miles per hour or more. He hit a car driven by Marie Williams, who suffered burns and other injuries, and then fled on foot before being caught.

In the other case, he pleaded guilty to possession of meth as a habitual offender and was sentenced to 365 days in jail with credit for 140 days served and $598 in fines and costs. That incident occurred Sept. 24, 2021, in Dowagiac.

“I’ve reviewed the recommendation for one year in jail and he deserves every single day of that,” said Assistant Prosecutor DeVante McCollom. “The crash injured a civilian and then two months later he was caught again. I hope he can change his life around, but his actions deserve some time of incarceration.”

Defense attorney Greg Feldman said his client understands he did things wrong and must learn to obey the law.

“I hope the time he’s serving will assist him in moving forward with his life,” he said.

“When you choose to run, you make things worse,” said Cass County Circuit Judge Mark Herman. “I’ve never seen anybody get away. Occasionally someone will get away that night, but they get caught later and it makes things worse in the end.

“If it wasn’t for the plea agreement, you would be going to prison today as far as I’m concerned,” he added. “You were fleeing police, almost killing another individual and yourself. I agree you’ve earned every day of jail and in my opinion earned more. You have to take a good look at changing your ways. If you come back, I won’t agree to a local jail sentence.”