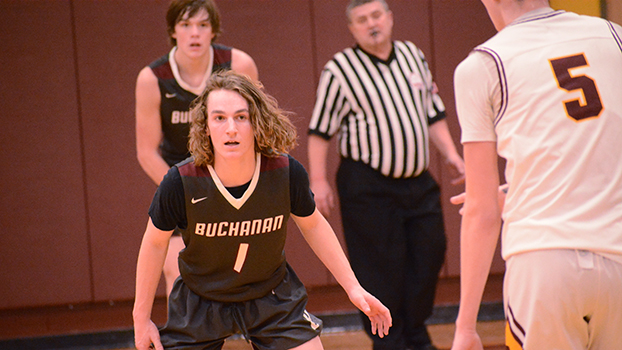 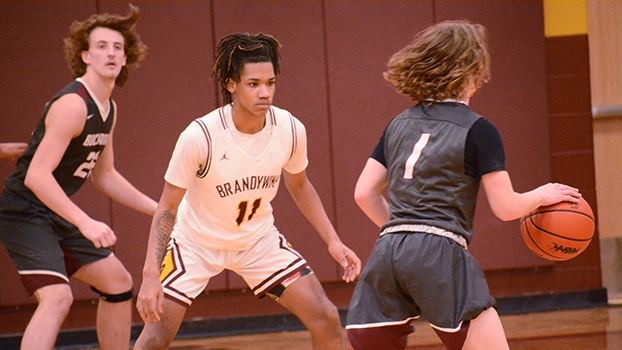 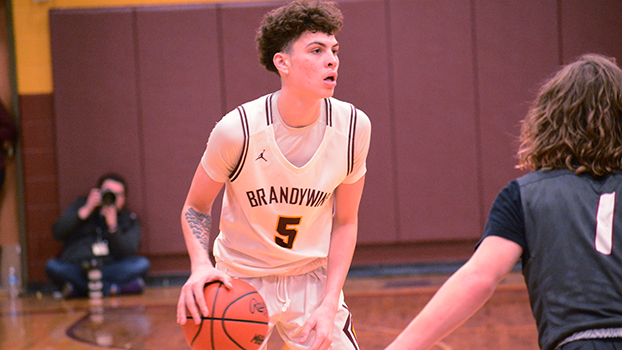 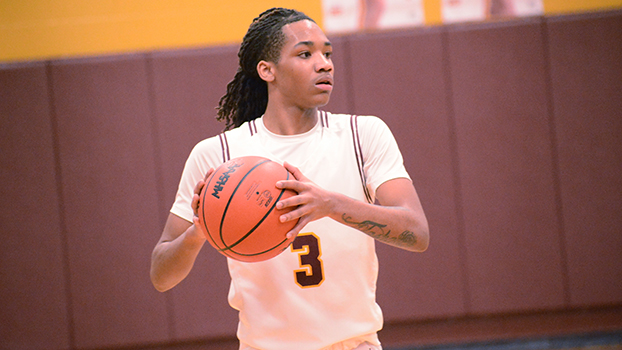 NILES — When the going got tough, Carson Knapp got going.

The Brandywine senior scored 19 of his game-high 22 points in the second half as the Bobcats overcame a six-point deficit to beat rival Buchanan 66-52 in BCS Athletic Conference Red Division play Friday night.

“It was a big win,” Knapp said. “We were both competing for a conference championship, so we knew we had to come out and play. We got it done on the defensive end, which turned into points on offense.”

“They hit some shots in the fourth quarter,” said Buchanan coach Reid McBeth. “Knapp made some big threes. He’s a senior and stepped up for them at the right time. Give them credit, it’s always a battle between Brandywine and Buchanan, and we knew it would be no different today.”

Trailing 33-39 late in the third quarter following a 10-1 Buchanan run, the Bobcats outscored the Bucks 33-13 the rest of the way to earn the double-digit win.

Knapp keyed the run with his scoring barrage and fueled the team with energy.

“They went on that run and we knew we had to buckle down,” Knapp said. “We had to get a bucket right now and stop their momentum. We executed, got a bucket, and then just kept playing  defense and fighting back.”

“[Carson] got hot and even the kids in the huddle were like ‘crash inside, we gotta feed him,’ and then they just start looking for him,” said Brandywine Coach Nathan Knapp. “The kids were learning the game, they’re having fun and you’re happy for them.”

The game was a back and forth affair for the better part of three quarters, with each team making a run the opponent would eventually answer. Brandywine led 26-24 at halftime, and Buchanan 42-41 after three quarters.

Southwest Michigan’s leading scorer, Young, also leads Buchanan leading scorer, in rebounding and assists, struggled against a Bobcats defense determined to slow him down. The senior picked up three first-half fouls and was not able to get in a rhythm.

“[West] stepped up huge for us when Ryan went out,” McBeth said. “I felt like we were trying to throw the ball into Young early and he was the one that ended up with three fouls. Some calls go your way and some don’t. He’s a pretty smart player, so picking up a third foul was unfortunate and then you have to sit him there on the bench.”

McBeth said Buchanan struggled with Brandywine’s tempo down the stretch.

“Basketball is a game of momentum and I think in the fourth quarter they sped us out of our comfort zone more than we wanted to be,” he said. “Most of those possessions for us ended with turnovers, and we weren’t covering the corner like we needed to. That’s something we’ll go back and work on at practice.”

Nathan Knapp hopes to ride the wave of momentum into the postseason, where lies the potential for a Brandywine-Buchanan rematch.

“My kids are where they need to be right now, mentally,” he said. “They’re battle-tested. They’re learning. Playing teams like Mishawaka and Benton Harbor help you. The kids have confidence and are playing real well, moving the ball. It’s all about defense. Defense will win you championships. I told them if you can’t play defense, you can fill the seats, but you won’t win the game.”