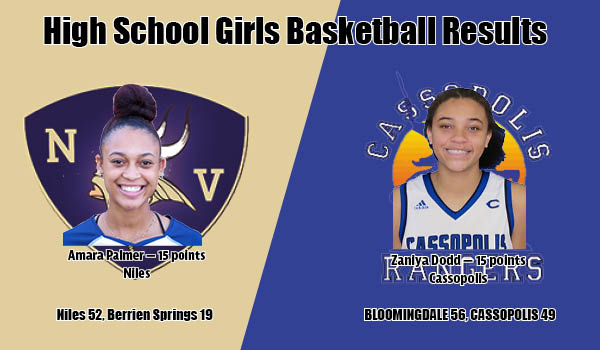 Niles led 9-2 after one quarter and 21-6 by halftime. The Vikings scored 31 second-half points, while holding the Shamrocks (2-15) to 13 points to turn the game into a rout.

Natalie Lucero had a game-high 18 points to lead Niles, which also got five points from Kamryn Patterson and Alizabeth VanDePutte.

The Rangers head to Marcellus for another Southwest 10 Conference contest Friday night.