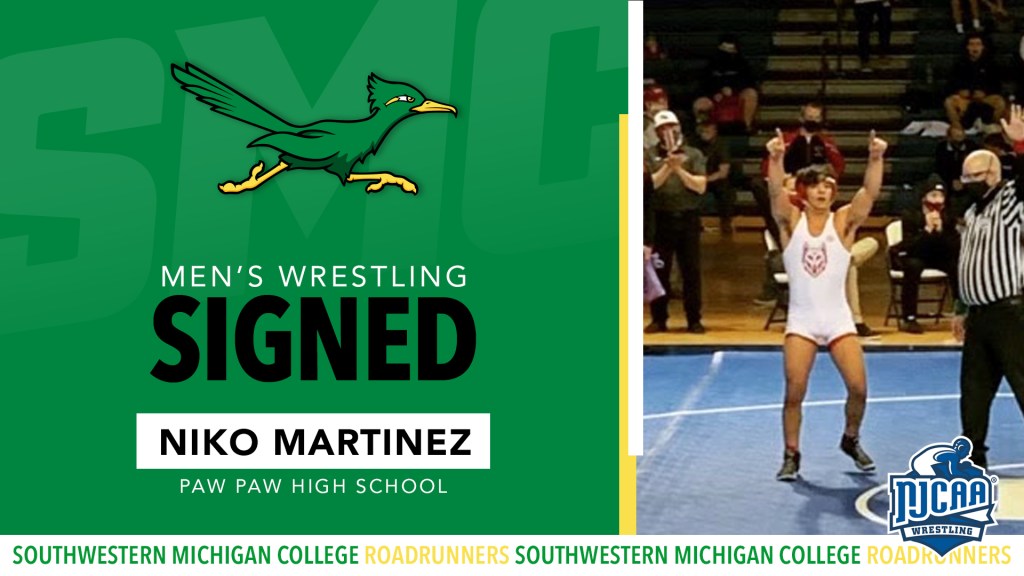 “Niko was born to be a wrestler,” said Paw Paw Coach Jason Bowers. “He is very hardworking and dedicated with a never say die attitude. This in turn makes him successful at whatever he does. Niko is an outstanding student and a great all-around human being.”

Hesson believes Martinez’s style will translate to the college level.

“Niko is a hard-working wrestler,” he said. “He has great positioning and his style will work well for the next level of wrestling.”