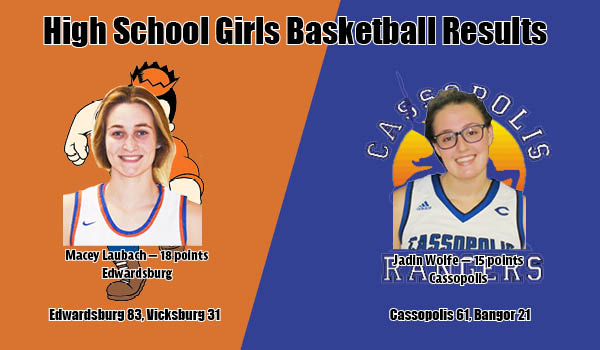 VICKSBURG — Another night and another win for the Edwardsburg girls basketball team.

The visiting Eddies ran their winning streak to 16 games as they remained undefeated with an 83-61 non-divisional Wolverine Conference win over Vicksburg Friday night.

Edwardsburg exploded for 31 first-quarter points, which allowed it to put the game away early. The Eddies (16-0) led 56-24 by halftime and 72-25 after three quarters.

The Eddies will travel to Buchanan (13-3) for a rematch of the 2021 Division 2 Regional semifinals, which was won by Edwardsburg, ending the Bucks’ undefeated season.

Cassopolis hits the road Tuesday night as they take on Southwest 10 leader Bloomingdale.