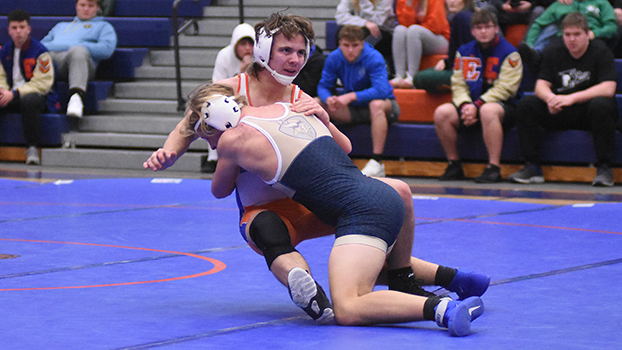 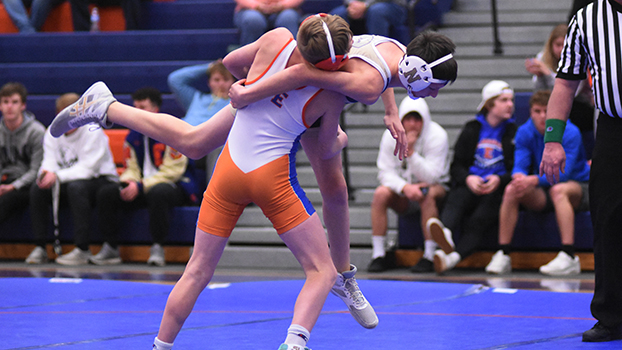 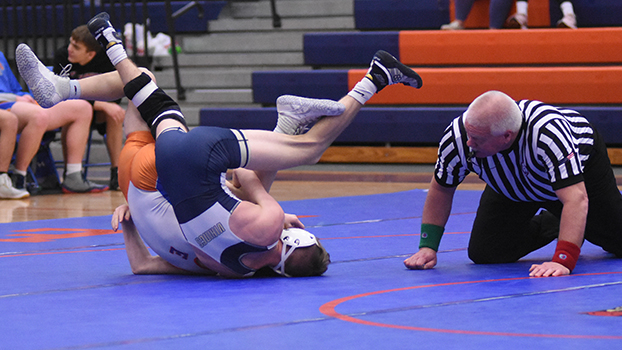 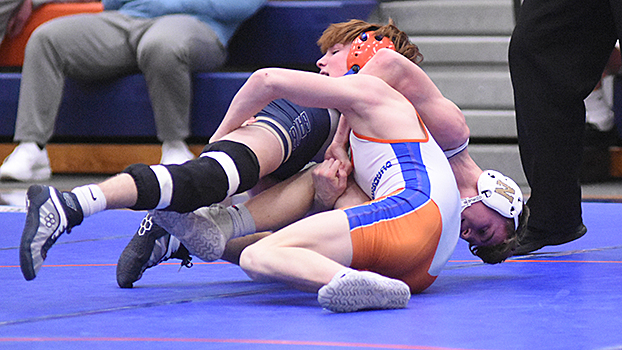 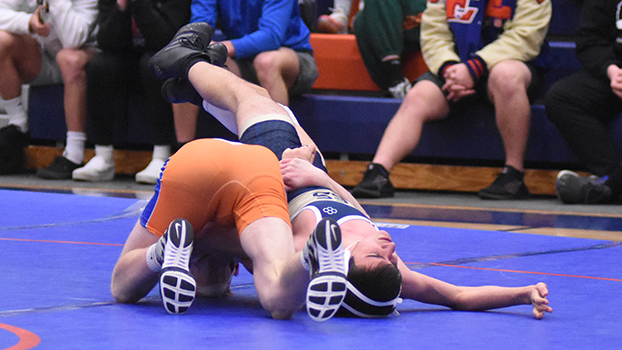 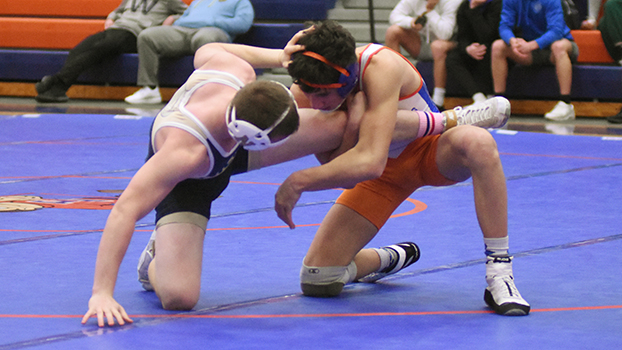 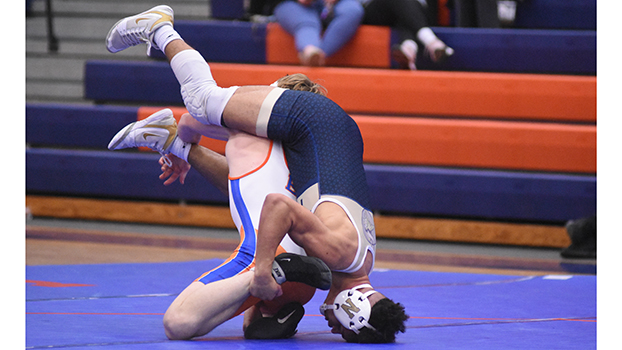 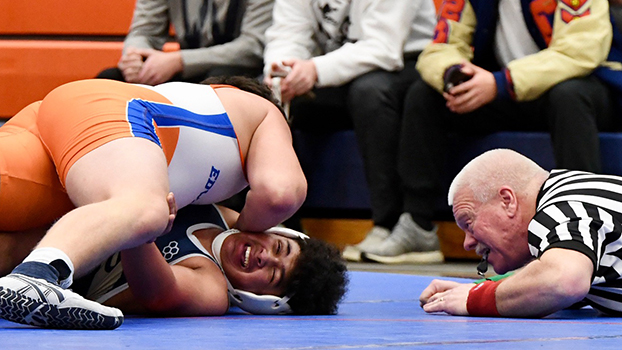 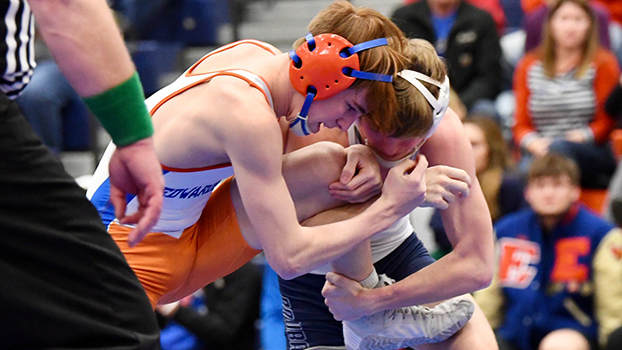 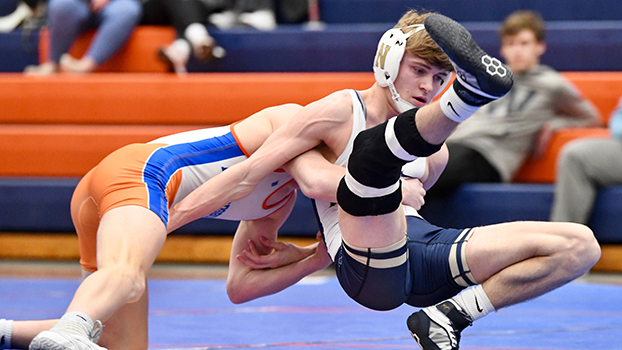 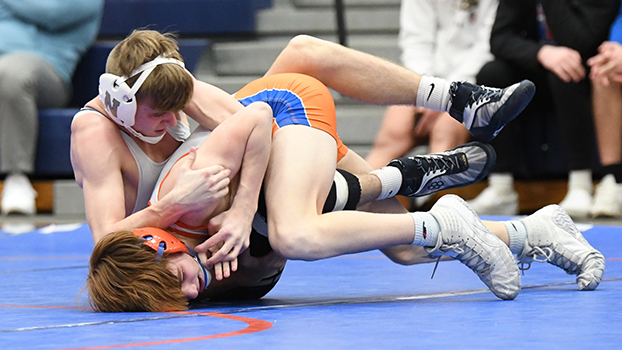 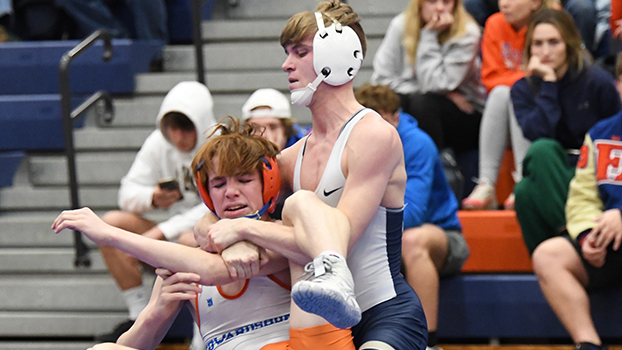 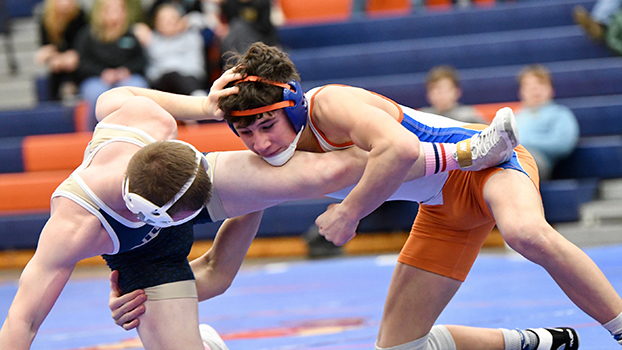 EDWARDSBURG — It was a dominating performance for the host Edwardsburg wrestling team as it captured the Division 2 Team District championship for the third time in four years Thursday night.

The Eddies rolled to a pair of wins over Wolverine Conference foes as they 14 out of 18 contested matches. Edwardsburg was also the recipient of 10 forfeits as it defeated Sturgis 77-3 in the semifinals and Niles 61-15 in the championship match.

The win advances the Eddies (16-7) to the Division 2 Regional, which will be held in St. Joseph Wednesday night. Edwardsburg will face the No. 9-ranked host Bears in the semifinals. St. Joseph upset No. 5-ranked Lakeshore 35-24 to win the district championship.

Wrestling is scheduled to begin at 6 p.m. Wednesday.

Battle Creek Harper Creek will face Plainwell, another Wolverine Conference foe, in the other semifinal, which will also begin at 6 p.m.

Edwardsburg Coach Jesse Becraft was pleased with his team’s performance.

“We beat both teams worse than we did during the regular season,” he said. “I always like to see that.”

Becraft and his team will now have to begin looking at St. Joseph (25-9) instead of preparing for Lakeshore, which it had anticipated would win that district.

“It is going to take some digging to see which are the best matchups for us,” he said. “We need to figure some things out. We have to get through the weekend healthy first.”

Becraft was referring to the Division 2 Individual Wrestling Tournament, which is being hosted by Gull Lake Saturday.

The Eddies should gain some confidence from the fact that Lakeshore has been eliminated from the state tournament. The Lancers have been a thorn in Edwardsburg’s side in the regional round several times.

“It is all about the matchups,” Becraft said. “We didn’t match up very well with Lakeshore. Hopefully, we match up better with St. Joseph.”

First-year Niles Coach Jim Hein was disappointed with the loss, but happy with how the Vikings’ young wrestlers improved throughout the season.

“I see the younger guys who are coming up and there is a lot of promise there,” he said. “We have a lot of work to do in the offseason. We really didn’t have an offseason last year, so these guys have to get better now. We are young and we have some holes. We gave them 30 points on forfeits. We will get there. We have the right guys here.”