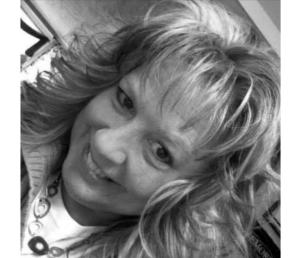 Robin Marie Hilliard-Reeves, 62, of Dowagiac, passed away on Saturday, Jan. 15, 2022 at Ascension Borgess Hospital in Kalamazoo.

She was born Aug. 17, 1959 in Dowagiac to the late John and Helen Hilliard. After finishing high school, she married the love of her life, Ronald Eugene Reeves, on June 29, 1985 at the Cass County Court House.

Robin was a very dedicated worker and started her own business called R & R Upholstery, where she and Ron reupholstered cars, trucks, boats, and furniture for over 30 years. Robin also worked at JAC Custom Pouches in Dowagiac as a prototype designer; she loved it there and they were like a tight-knit little family, where she was very loved and cared for.

The family is planning a celebration of life later in the spring or early summer where they would love to see friends and family gather and celebrate all their memories. The date will be announced at a later time. Messages and memories may be shared online at www.bowermanfuneral.com.

Robin was a very smart and talented woman, and she will be very well missed. Those wishing to donate anything can go to gofundme.com/f/help-robins-family-with-medical-bills.