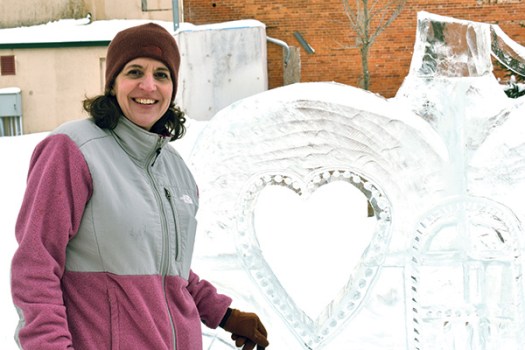 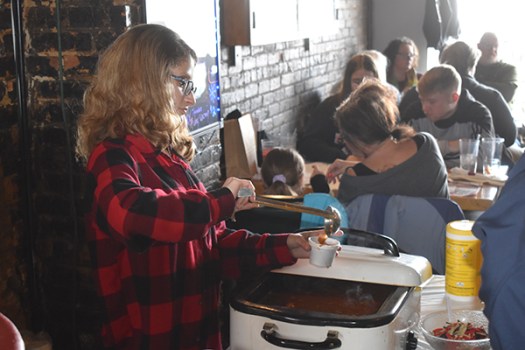 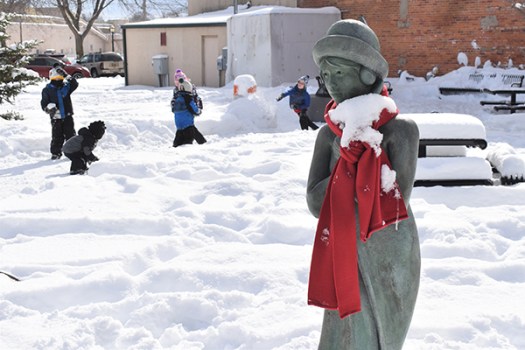 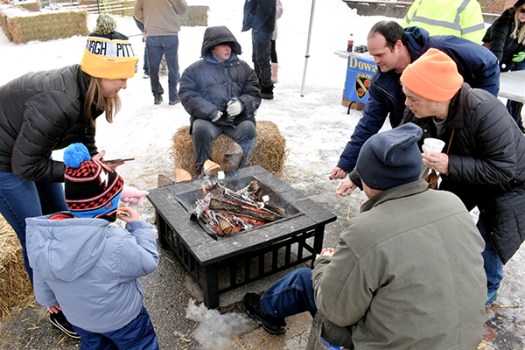 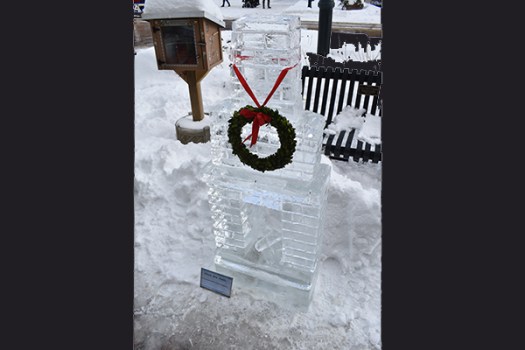 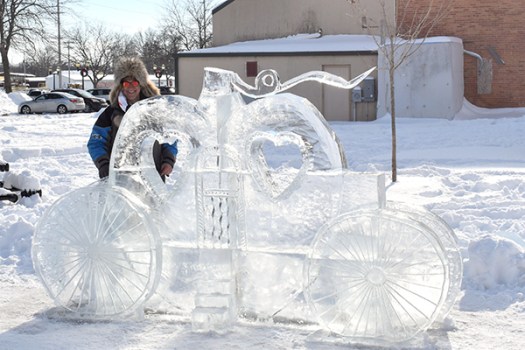 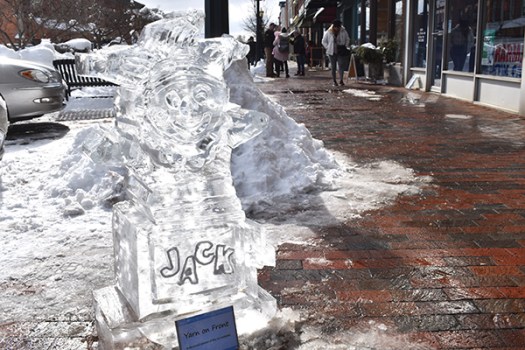 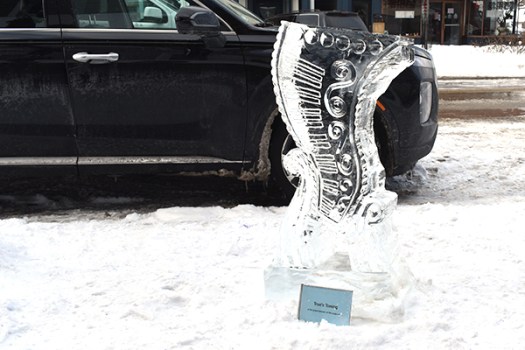 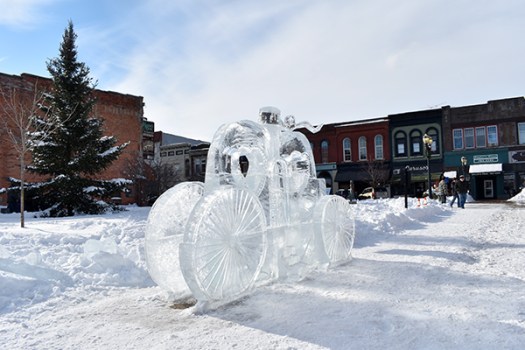 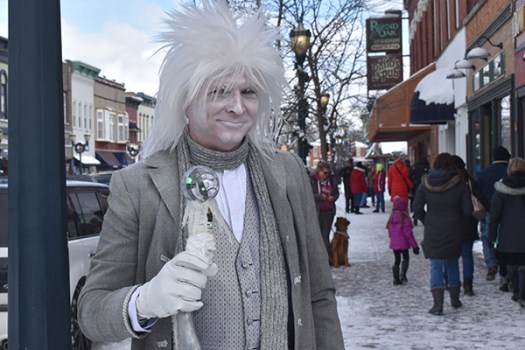 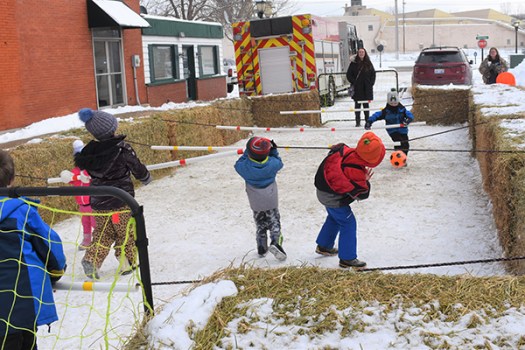 DOWAGIAC — For residents and businesses alike, cabin fever met its match on Saturday during an annual winter festival.

With the sun shining on several inches of fresh snow, downtown Dowagiac celebrated its 25th annual Ice Time festival on Saturday. From live ice carving and an ice cream eating contest to human foosball and a frozen fish toss, festival chair and Chamber of Commerce President Kris Soenen said it was a great day for both attendees as well as local businesses.

“There was a lot of exuberance out here,” said Soenen, adding one of the main goals of the festival is to bring more people into local businesses during a historically quiet time. “People are playing in the snow. The restaurants and the retailers seem pretty busy. There’s a lot of people out here enjoying the mild weather, and people are enjoying walking around and playing in the snow.”

According to Soenen, more than 40 pairs of people participated in the frozen fish toss, and she saw many people participating in all the events, which also included human foosball, an ice cream-eating competition hosted by Caruso’s, s’mores roasting with the department of public services and a chili crawl featuring offerings from The Baker’s Rhapsody, The Eagle’s Club, Front Street Crossing, Wood Fire Italian Trattoria and The Wounded Minnow.

Alfredo Arroyo, who has been carving ice at the festival since its inception, has decided to hang up his carving tools at 82 years old, according to Soenen. Arroyo has been carving for 61 years, and has been a mentor for other ice carvers who participate in Ice Time.

“He’s been so steadfast,” Soenen said. “His technique was so intricate back in the day and so he was able to share with the other carvers as they were coming up. … He’s been instrumental.”

Soenen said Arroyo is also the head carver in charge of scheduling the other carvers and making sure the process gets completed on time.

“Part of our draw here is that everybody gets to see the guys at work,” Soenen said. “That’s a special part of Ice Time, so we’d like to keep that going as long as we can.”

While the patrons were pleased with the sunny afternoon, Soenen said that too much sun can actually cloud the ice sculptures – but the carvers will never complain.

“They all have such great attitudes and are so patient,” she said. “They love what they do … for craftspeople, their challenge is to work with whatever conditions they’ve been given that day. They make it work.”

Mayor Don Lyons said the fact that the festival has been around a quarter-century is a feat in itself.

“It’s one of our favorite festivals,” Lyons said. “I think if you talk to merchants, they’ll say they get more business during this than any of our other festivals. … Events like this are part of what it takes to have a successful small town.”