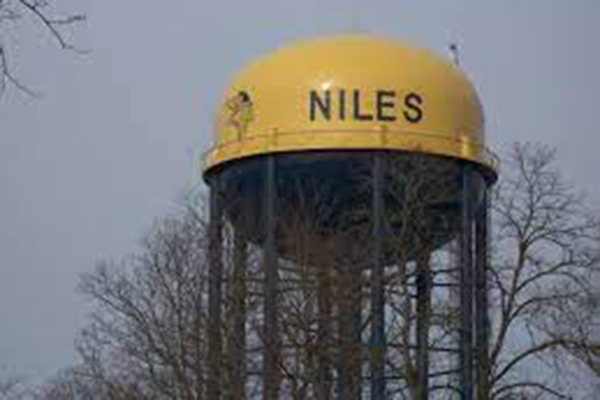 NILES — A water tower leak that caught the attention of passersby was brought under control by local crews Sunday evening.

According to Niles Water Superintendent Leanne Caddy, city crews responded to reports of water leaking out of the city’s Niles Vikings-themed water tower near Fifth Street.

Caddy said that nothing was broken and that an operator accidentally left a mechanism on, which caused the tower to overflow. After being notified of the situation, operators responded and were able to stop the overflow.

It is not known at this time how many gallons of water leaked out of the tower before the overflow was halted. Caddy said leaks of this nature are few and far between.

“If we have a communication failure where the water tower will tell the wells to come on, we could have a malfunction,” she said. “It doesn’t happen often.”

While disappointed that the leak happened, Caddy was relieved the situation was addressed quickly.

“Leaks like that have the potential to be catastrophic under these weather conditions,” she said.