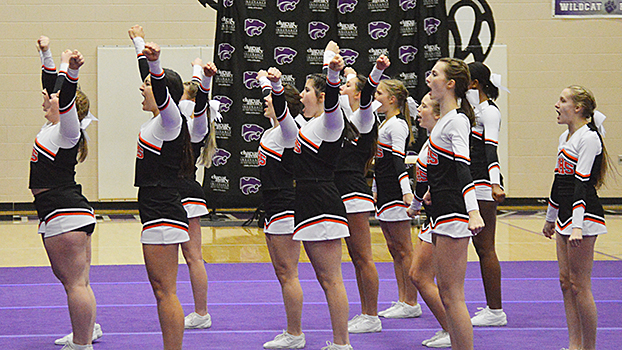 At the Wolverine Conference Competitive Cheer Finals at Three Rivers, the Chieftains established another new mark by finishing fifth overall in the finals standings.

The Wolverine Conference was forced to postpone the finals two days due to inclement weather. On Friday, Paw Paw captured the conference championship with a score of 740.98. Sturgis was second with a score of 679.94 and Plainwell third with 678.44 points.

Dowagiac finished sixth with 624.42 points and Edwardsburg eighth with 616.10 points. based on their regular-season performances, the Chieftains finish fifth in the final standings.

Allegan, which was fourth with 663.88 points Friday, was the defending league champion.

The Red Wolves entered the finals having won all three league jamborees.