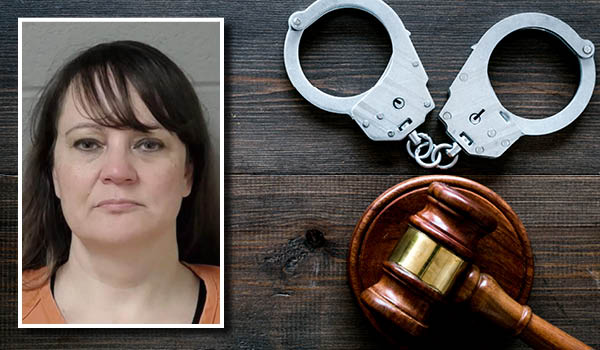 CASSOPOLIS – The former office manager of a Dowagiac insurance agency was placed on probation and ordered to pay restitution in Cass County Circuit Court Friday.

Dana Bunch, 44, of Burmax Park in Dowagiac, pleaded guilty to embezzlement over $1,000 and less than $20,000 and was placed on three years’ probation, given credit for one day served and $2,838 in fines and costs. Restitution will be determined at a later date.

The embezzlement occurred between January 2019 and December 2020 at the John Scott Insurance Agency in Dowagiac.

Bunch served as the office manager at the agency during that time.

Agency owner Ernest Todd Marazita spoke extensively before the sentence about how he found out about the embezzlement and how it hurt his business, employees and family.

He called Bunch’s actions as calculated and significant and pointed out that he and his wife had to spend $87,000 to hire an attorney and auditors. “I should be able to have trusted this individual,” he said. “I shouldn’t have had to deal with this as a small business owner. I haven’t gotten a single apology or letter from someone I treated very fairly.”

Cass County Prosecutor Victor Fitz said this was one of the most significant embezzlements he has seen during his career. He asked that a jail sentence be imposed to send a message to the community.

“Has she downsized her house to pay off the restitution or made an apology? Absolutely not,” Fitz said. “These are crocodile tears until we see action on restitution. … She’s not a person of her word. She’s a liar, cheat and fraud.”

“She needs to be held accountable for her actions, she’s living in a house paid for by illegal activities,” he added. “A small business needs to see that their efforts are honored. There has to be a message sent that there is accountability.”

Defense attorney Nicholas Hogue said that incarcerating Bunch would be detrimental to her and her two children as well as keeping her from working and paying back the restitution. He noted that Bunch would likely lose her home if she goes to jail and said she has cooperated with the investigation.

Bunch apologized for violating the trust of her employers. She said she planned to be a model citizen on probation and has told her children to learn from her mistakes.

Cass County Circuit Judge Mark Herman said he would seriously consider imposing a jail sentence except for the fact that she is currently employed and has children at home. He warned Bunch that a jail sentence could be imposed if she violates her probation.