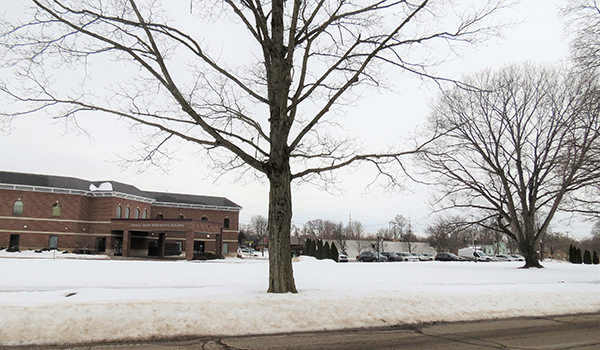 DOWAGIAC — Two city-owned properties are primed for new projects, and all that is needed are partners willing to take on the project.

The city of Dowagiac announced this week it is accepting proposals for the redevelopment of the old Lincoln Elementary, 407 E. Division St., as well as the development of downtown land adjacent to the James E. Snow Professional Building between Main St., Pennsylvania Ave., and High St. The deadline for proposals is 5 p.m. Feb. 21.

“Both projects have been a long time in the making,” said Dowagiac City Manager Kevin Anderson. “We’re very happy to have control of those properties, and now we’re at the process of getting a developer on board who can share a vision of improvements for the community.”

The former schoolhouse, which was built in the early 1950s and last used by the Encore Dance Company, has been unoccupied since 2013. The property was once home to a boxing ring belonging to Muhammad Ali, which was used by local boxing trainer Walter Swann to train pugilists through the Police Athletic League.

“Often you see these buildings fall down on themselves, get torn down or sit as a vacant lot for a period of time,” Anderson said. “In this particular case, the bones on this building are really strong, and it has some really good potential for some nice multifamily development.”

According to the request for proposals, the 21,568 SF building is in serious need of repair and renovation. There is a former multipurpose gymnasium and cafeteria space, many classrooms with kitchenettes and bathrooms, plumbing, and an administrative wing.

“Tremendous possibility exists with the current structure and layout,” the request states. “In hopes to preserve some of the existing structure, the city hopes to have an increased, diverse population living near downtown in a creative development with commercial space as well.”

In 2019, the community held a public workshop to discuss desired uses for priority redevelopment projects. From that meeting, the consensus was for a mixed-use development with housing and a commercial use – such as a restaurant, brewery or distillery. The city states, however, that it is willing to hear all ideas.

The city is pursuing a Brownfield plan on this property, which provides grants and technical assistance to communities to safely clean up and sustainably reuse contaminated properties. The city has identified approximately $300,000 worth of Brownfield eligible activities for this property, according to the request for proposals.

The 1.35 acres of downtown land on Pennsylvania Ave., meanwhile, is a clean-slate project for a developer, according to its request for proposals. The buildings can be two to three stories and approximately 42,000 square feet. with up to 40 units.

“With this new development, the city hopes to have an increased, diverse population living downtown, an influx of high visibility new housing options, and a greater tax base,” the request states. “Downtown Dowagiac is the heartbeat of the local community and home to many specialized retail shops and restaurants. A current housing market study for Dowagiac indicates that a massive need exists for more residential opportunities. … This unique development opportunity will serve as a walkable expansion to the downtown area, allowing residents to live in and to experience all the activity in the core of Dowagiac.”

For additional information on the properties and how to submit a proposal, visit bit.ly/3IVF6fp.