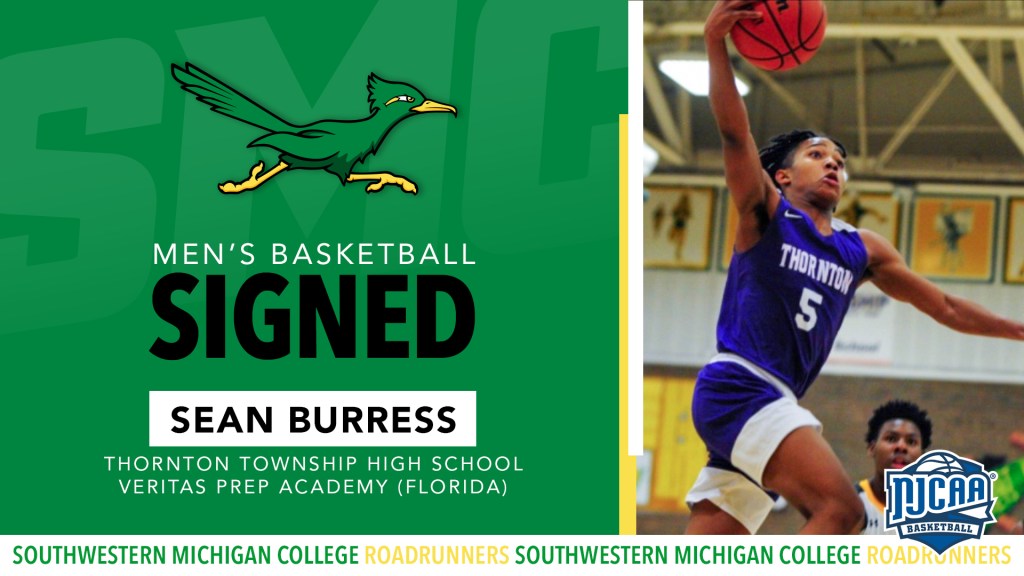 Davis looks for Burress to pay dividends at both ends of the court for SMC.

“Sean is a true competitor and a winner, who has played vital roles on very good teams,” he said. “He is a lockdown defender that will set the tone every game. On the offensive end, he can score in bunches and also get his teammates involved. He’s from my high school, and he opens the recruiting doors for SMC in the talent-rich Chicagoland area.”