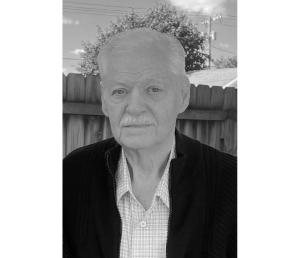 John R. Shepler, or Denny as many of us called him, passed away after complications from Leukemia, and Covid-19 on Monday, Jan. 31, 2022. Denny passed away peacefully in his home surrounded by his loving wife, Kathy, whom he shared almost 53 years of marriage, his daughter Lori, and his dogs by his side.

Denny was born on Dec. 12, 1945, in Sullivan Indiana. He graduated from Niles High School in 1965, and proudly served his country in the U.S. Army. He was retired from National Standard Company in Niles.

Some of Denny’s favorite pastimes included spending time with his family, hunting, fishing, shooting trap, and camping in the Upper Peninsula of Michigan. He also enjoyed his coffee time with friends at Martins in Niles. He was a member of the Dowagiac Conservation Club and a proud member of the NRA.

He was preceded in death by his son Christopher M. Shepler in 1990.

Denny was a man who spoke his mind whether you wanted to hear it or not. Under the gruff exterior was a man who would be there to help if you ever needed it.

Per his wishes, cremation has taken place. The family will have a celebration of life at a later date.

One of Denny’s last wishes was to have “one cup” of his ashes scattered around the fire pit up north, some in the woods where he grouse hunted, and some scattered in the “Big Water” of Lake Superior. Denny was one of a kind, and he will be dearly missed by all of those who loved him.

Denny loved his dogs and all animals. Memorial contributions can be made to any local animal shelter.

Condolences, photos, and memories may be left for Dorothy at BrownFuneralHomeNiles.com.