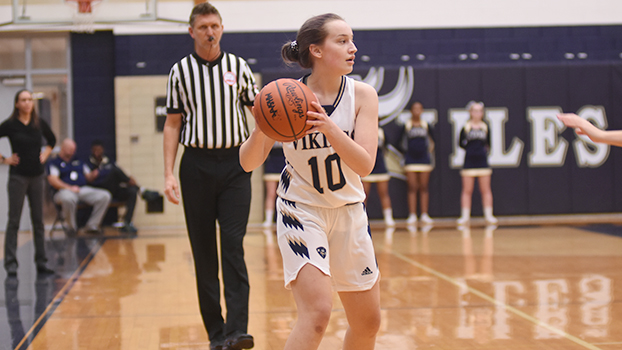 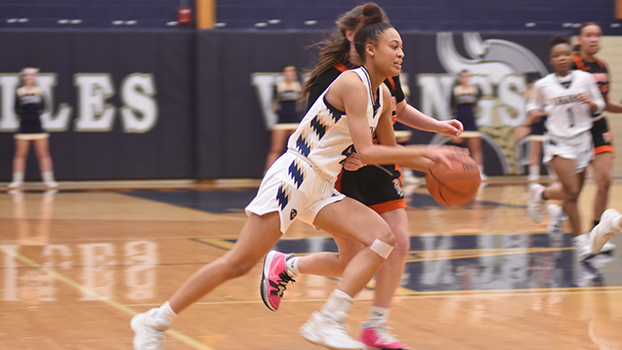 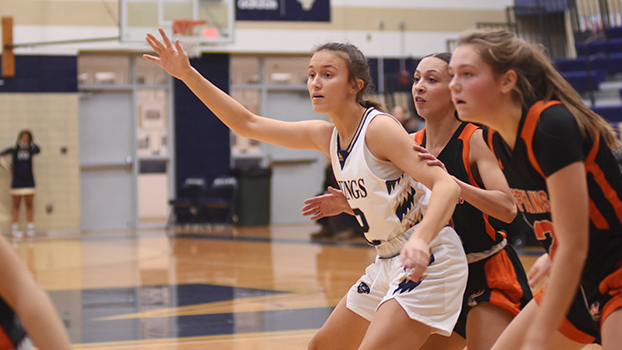 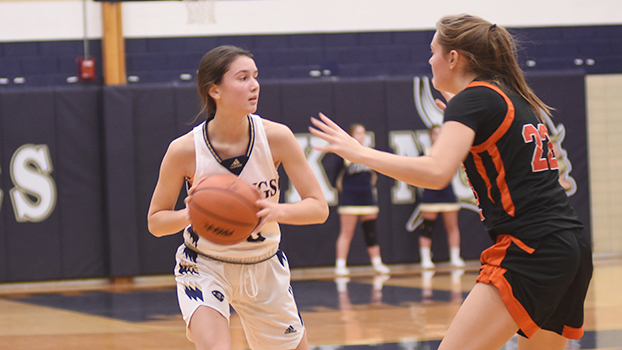 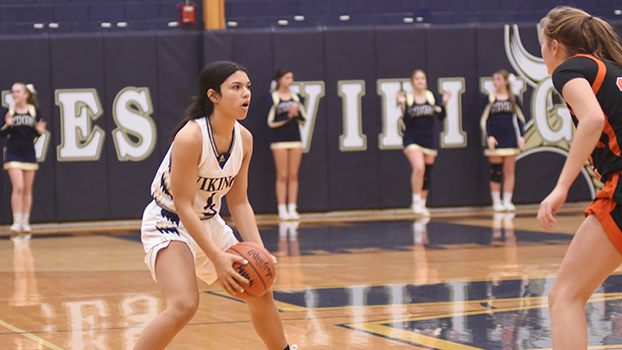 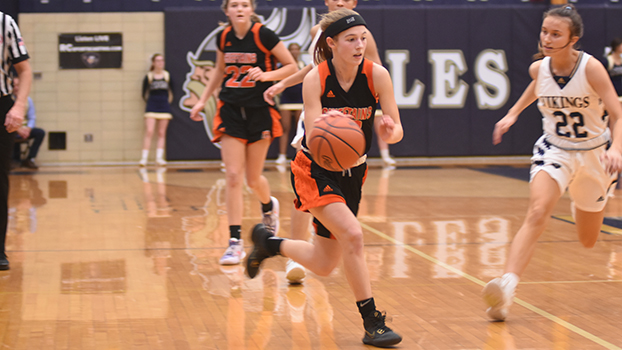 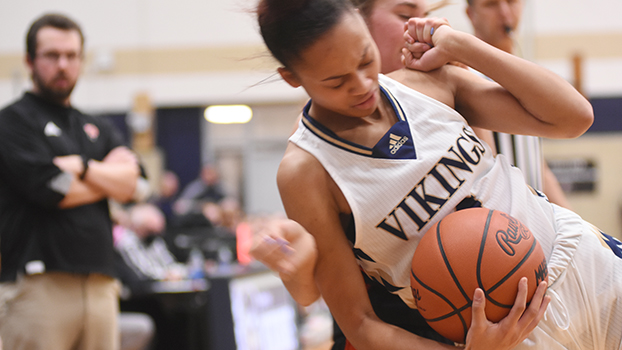 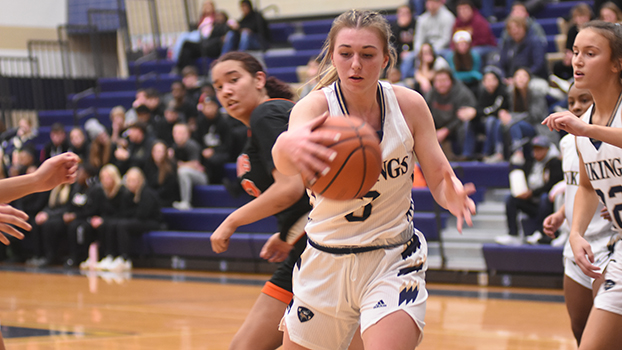 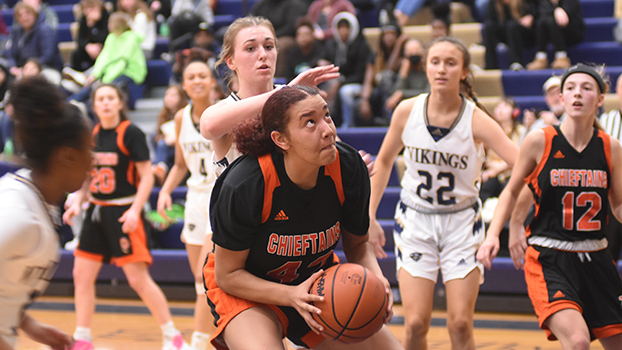 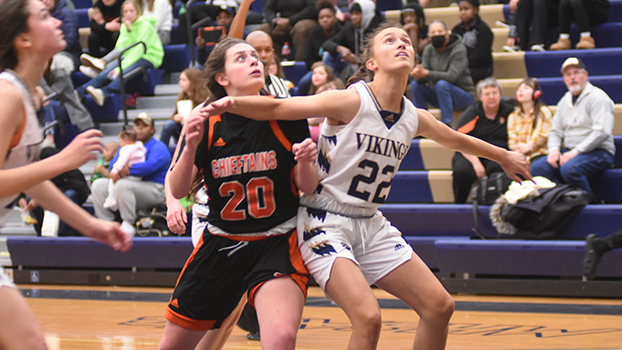 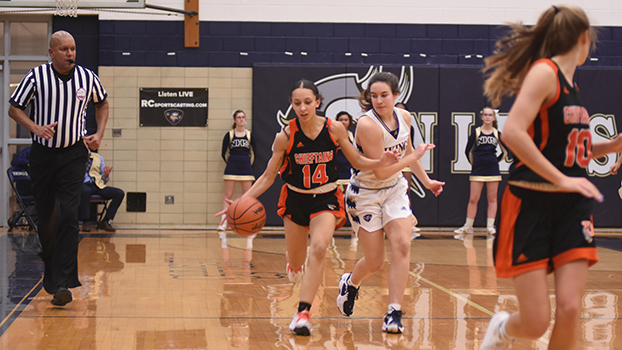 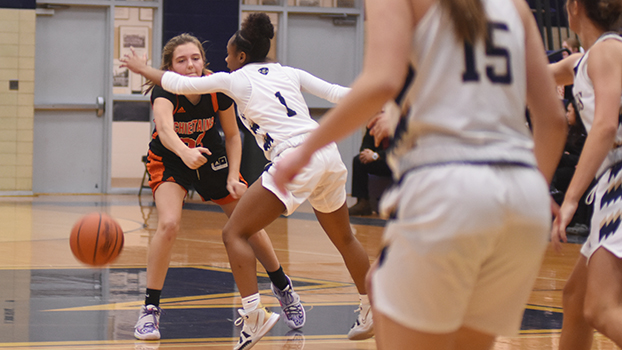 Patterson and Palmer, who recently signed letters of intent to play basketball at Southwestern Michigan College, combined for 22 points in the second half, as Niles rallied for a 52-42 Wolverine Conference South Division victory Monday night.

The Vikings (5-7, 2-2 Wolverine South) exploded for 24 points in the third quarter in their first home game since Dec. 17. Patterson and Palmer combined for 22 second-half points, including 11 points in the pivotal third quarter.

In the third quarter, Patterson hit a pair of 3-pointers, while Palmer’s 3-pointer snapped a 21-21 tie and gave Niles the lead for good. The Vikings took a 36-25 lead into the fourth quarter.

Niles Coach Jessica Johnson said she talked to her team about playing with more energy at halftime.

“I basically told them that they needed to have more energy on the court and they needed to play better than what they were doing,” Johnson said. “I think they knew what I wanted to say, and we didn’t have to go there.”

Johnson thought her team would be excited to be home after six consecutive road games.

“It was nice to be back home,” she said. “But I thought we’d have more energy out of the gate. We had to wait until halftime to turn on that spark.”

Dowagiac, which executed its game plan to near perfection in the first half, regrouped during the break between the third and fourth quarters. The Chieftains (2-12, 0-5) would not disappear.

“The first half, we did exactly what we talked about,” said Dowagiac Coach Jason Turner. “We had to know where No. 1 and No. 4 were at all times. We have to play a full 32 minutes, but tonight, we played 24 minutes. They [Patterson and Palmer] got open in the third quarter, and they hit their shots. Then we played a great fourth quarter.”

The Chieftains were able to keep the lead just under double figures until the very end of the game, thanks mainly to the inside play of center Alanah Smith, who scored a game-high 24 points and grabbed six rebounds.

Johnson said the game plan was to shut down Smith, but her team did not do a very good job of executing it.

“We had all kind of game plans for Smith,” Johnson said. “But we weren’t implementing them on the court. We weren’t executing for whatever reason.”

Patterson finished with 18 points to lead the Vikings, while Palmer added 13 points. The pair also combined for nine assists and seven steals.

Like the Vikings’ season, Patterson and Palmer have had an up and down year.

Brynn Lake was another key reason Niles was able to take control of the game in the third quarter, as she scored seven of her eight points in the period. She also led the Vikings with 12 rebounds.

“I think Brynn Lake sparked some energy in the whole team in that third quarter,” Johnson said.

The Vikings are back on the road tonight as they travel to St. Joseph for a non-conference game. Dowagiac will travel to Edwardsburg Friday night to take on the undefeated Wolverine Conference-leading Eddies.