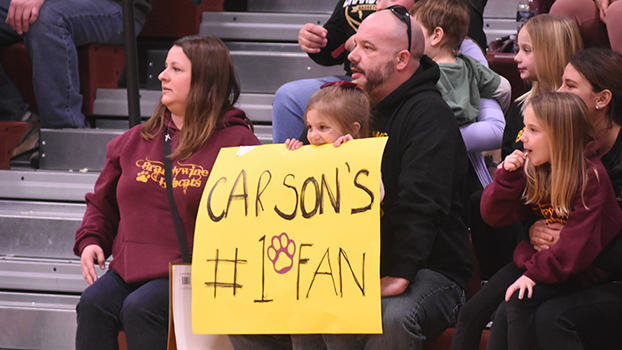 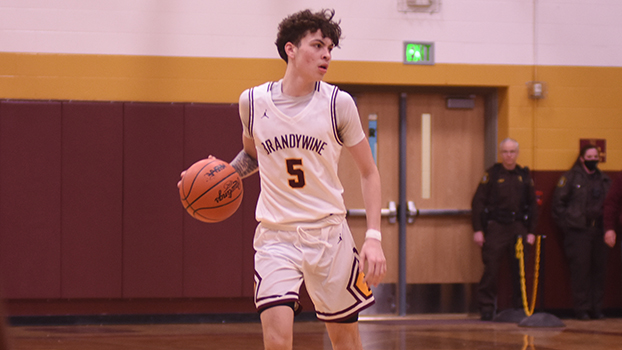 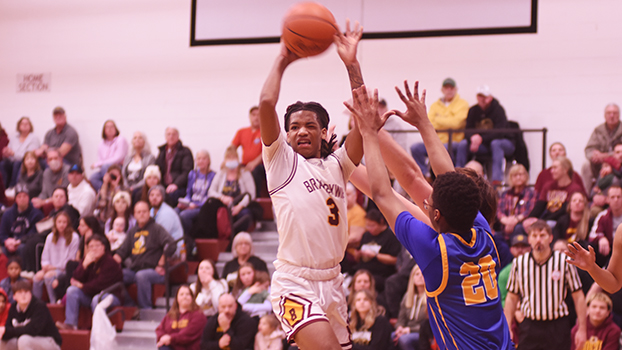 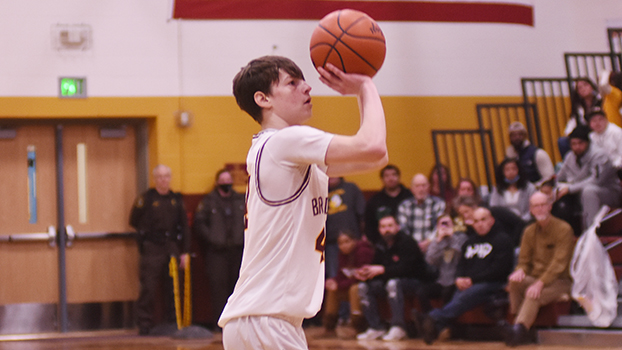 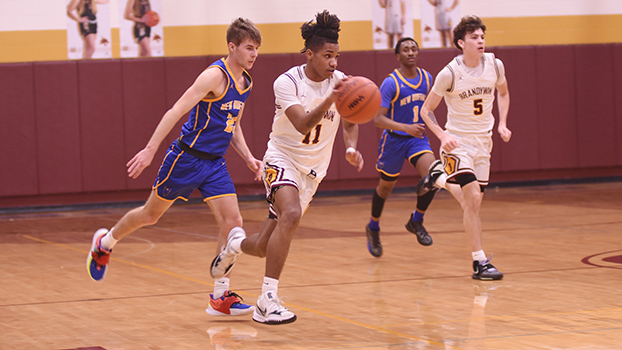 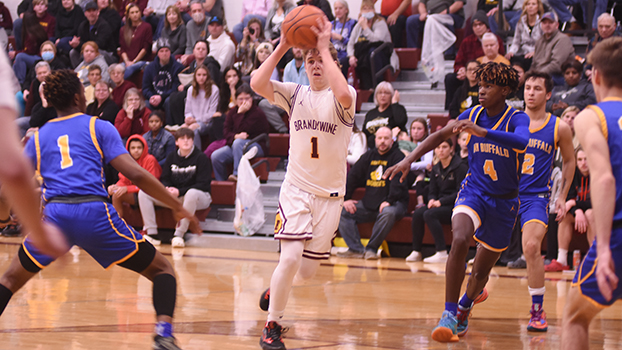 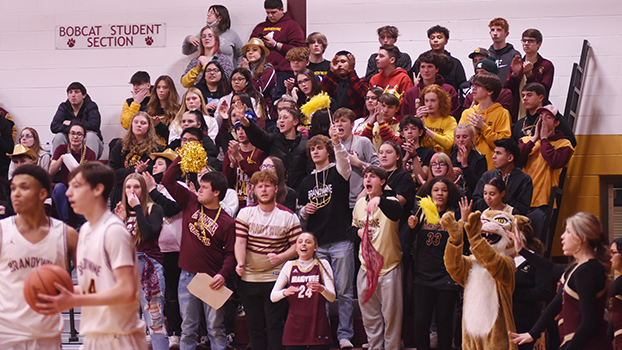 NILES — Coming off a disappointing loss to Bridgman last Tuesday night, a team that the Brandywine boys basketball team had already defeated in mid-December, Bobcats Coach Nathan Knapp just wanted his team to play hard and up to its ability.

Knapp got precisely that as Brandywine rolled to an 80-64 victory over previously undefeated and top 10-ranked New Buffalo in a non-divisional BCS Athletic conference contest.

Bison, ranked No. 1 by Max Preps and No. 6 by the Associated Press, came into Brandywine on fire, having defeated BCS Red Division co-leader Berrien Springs by 20 points (76-56) last Tuesday night.

New Buffalo’s high-powered offense — which employs quickness to go along with solid outside shooting and a strong inside game — had already more than 100 points twice this season.

Knapp’s team knew it was going to have to play great defense to slow down the Bison and figure out a way to crack New Buffalo’s zone defense if it was going to come away with a win.

In the loss to Bridgman, the Bobcats (7-4) had trouble against the Bees’ zone defense.

“We finally attacked the 2-3 zone the way we have been working on them with,” Knapp said. “Before the game, we talked about playing up to our potential and taking care of the basketball. We knew we were going to have to rebound well.”

Knapp said he wanted his team to play a full 32 minutes, which he felt the Bobcats had not done yet this year.

“I told them we let our guard down for about 30 seconds in the second quarter and for the first minute in the fourth quarter,” Knapp said. “We’re getting close to playing 32 minutes. We just need to play hard and play together.”

Brandywine took control of the game in the third quarter when it outscored New Buffalo (10-1) 23-13 to open up a 60-47 lead heading into the final eight minutes. The Bobcats were able to take advantage of the Bison, who started the second half cold.

But it was the play of Bobcats’ sophomore Bryon Linley, who came off the bench to score a game-high 21 points, nearly all from the outside, that gave Brandywine the offensive spark it needed.

“Byron, he can score,” Knapp said. “At the beginning of the year, he came out hot. His problem was he would give up as many points defensively as he was scoring. He just didn’t understand the defensive system and the rotations. Now he is starting to understand it and he is working his behind off.”

The Bobcats hit the road Tuesday night as they head to Paw Paw for a non-conference contest. On Friday night, Brandywine will travel to Berrien Springs to try and take over first place in the BCS Red Division. The Bobcats and Shamrocks are currently tied for the top spot at 2-1.