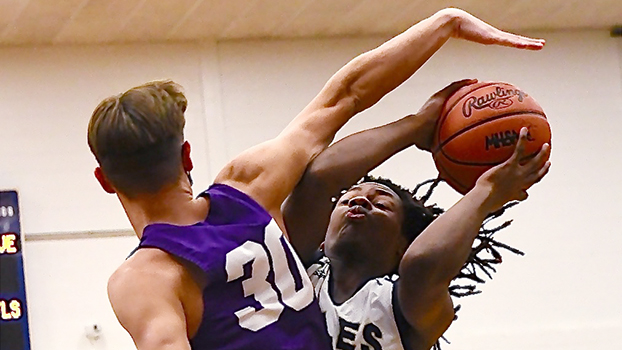 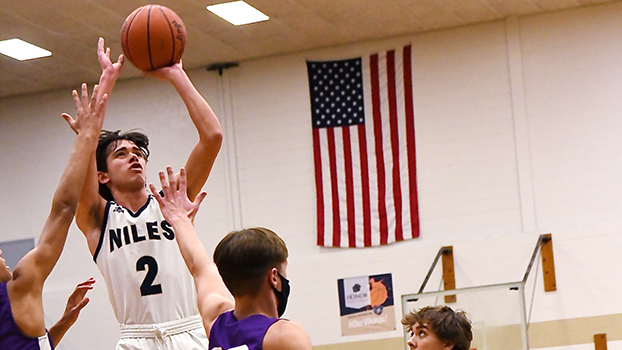 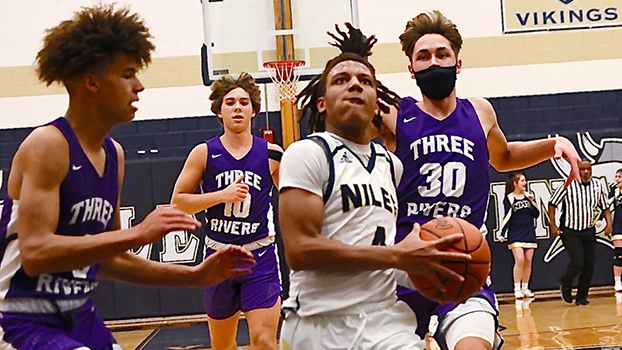 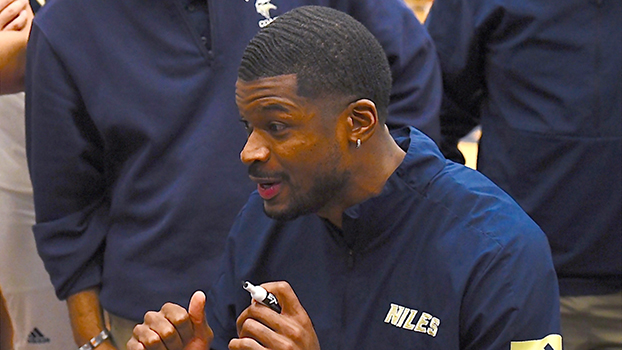 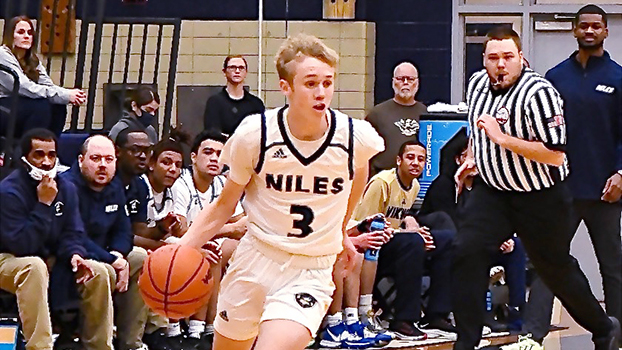 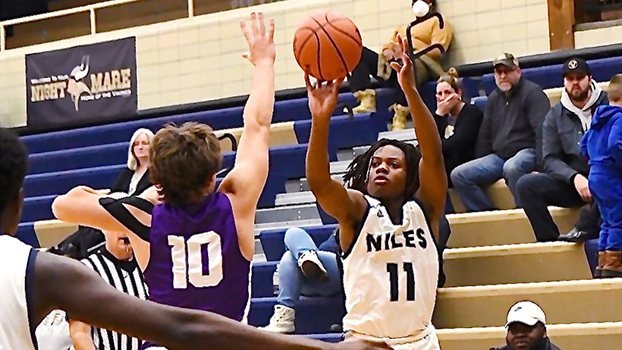 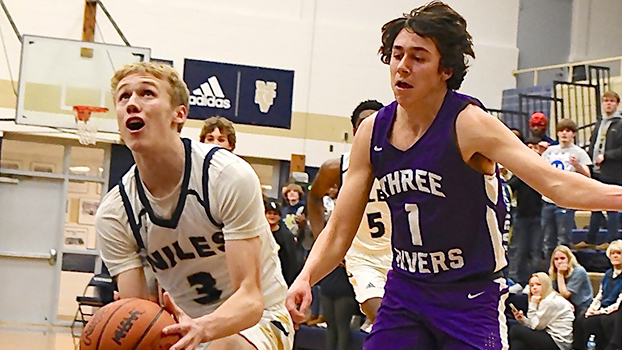 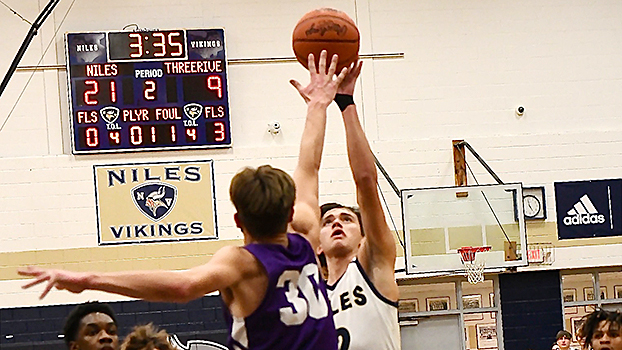 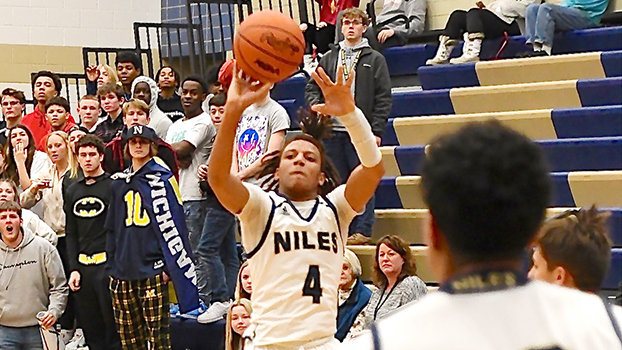 NILES — The Niles and Brandywine boys basketball teams let leads slip away from them in losses to Three Rivers and Bridgman, respectively, Tuesday night.

For the Vikings (2-6, 0-2 Wolverine Conference South Division), it was the third straight game that they had a lead but could not come away with a victory.

Over at Brandywine, the Bobcats were outscored 32-29 over the final three quarters in a loss to Bridgman in a BCS Athletic Conference non-divisional contest.

The Vikings got off to a fast start against the Wildcats. Niles led 16-5 after one quarter and 26-14 at halftime.

However, the second half was a different story, as Three Rivers came storming back to remain tied with Edwardsburg atop the Wolverine Conference South Division standings.

The Wildcats (6-5, 3-1 Wolverine South) outscored Niles 17-2 in the pivotal third quarter to take a 31-28 advantage into the final eight minutes of play.

Three Rivers maintained its three-point lead as both teams scored 17 points in the fourth quarter.

Austin Bradley scored a game-high 20 points to lead Niles, which also got 10 points from Anthony Bradley.

The Vikings are back in action Friday night as they travel to Allegan for a Wolverine Conference non-divisional matchup with the Tigers.

The visiting Bees avenged a 60-37 loss to the Bobcats back on Dec. 21 by grabbing the lead in the second quarter and then holding on for the victory Tuesday night.

The Bobcats outscored Bridgman 13-10 in the fourth quarter, but could not overcome the deficit.

Carson Knapp was the lone Brandywine player to reach double figures as he scored 14 points.

Jayce warren had a game-high 18 points to lead the Bees, who also got 11 points from Riley Gloe.