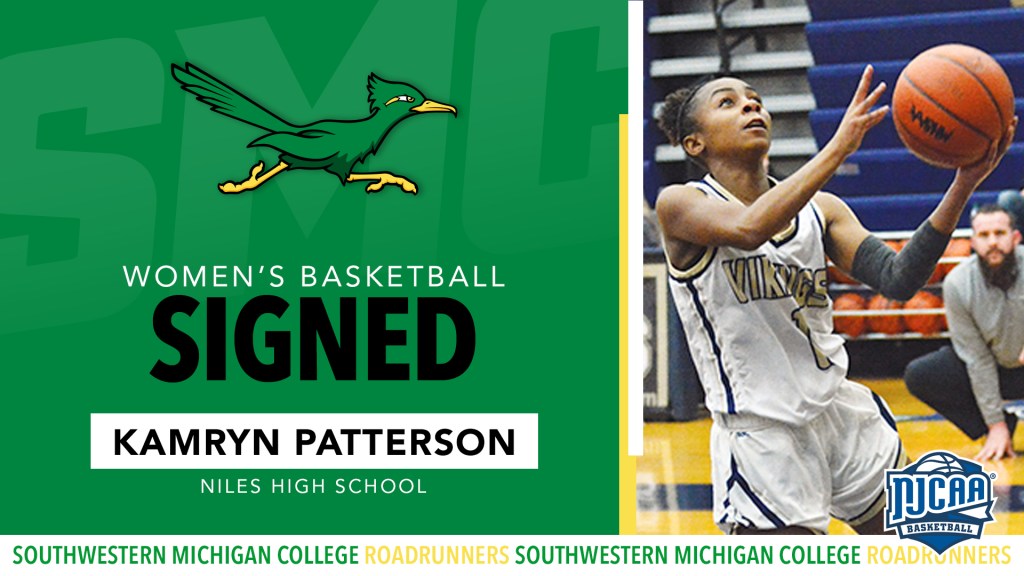 On Wednesday, it was announced that Wasielewski signed Niles point guard Kamryn Patterson to a National Junior College Athletic Association letter of intent. She follows in the footsteps of teammate Amara Palmer, who signed to play both basketball and volleyball for the Roadrunners on Monday.

“Kamryn’s quickness and court vision will be a great fit for the point guard position in our program,” Wasielewski said. “She understands how to read the defense and set her teammates up for scoring opportunities. She loves to hit the deep three, but is equally a good scorer in the mid-range with her pull up jumper. Kamryn was one of the very first local student-athletes I had a chance to evaluate and recruit. I am so excited she chose SMC.”

Niles Basketball Coach Jessica Johnson is excited to have another one of her players sign with SMC.

“Kamryn is a dynamic player,” Johnson said. “She demonstrates her quickness on both ends of the court.  Kamryn stretches our opponent’s defense with her long-range 3- pointers. I’m thrilled she’ll have the opportunity to play in college and represent SMC.”

Patterson is currently fourth in southwest Michigan in scoring with an average of 14 points per game, one spot behind Palmer, who is averaging 14.1 points per game.

The two Vikings join Charlee Balcom, of Constantine; Alysa Adamczyk, of Brandywine; and Nadia Collins, of New Buffalo as Roadrunners.