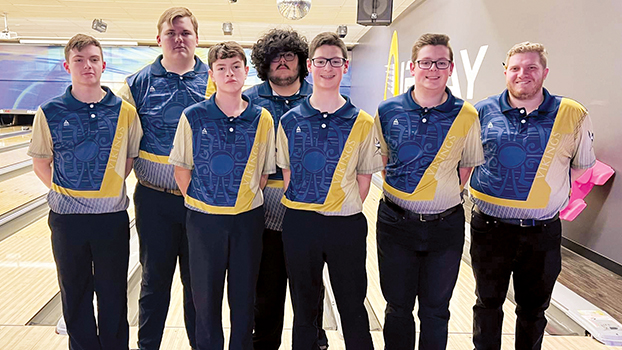 The Niles boys bowling team moved into first place in the Wolverine Conference with a win over Paw Paw Monday. (Leader file photo)

Niles finished with 1,837 pins in the regular matches compared to 1,244 pins for the Red Wolves.

The Niles girls team also picked up a win over Paw Paw, 27-3.

Niles returns to the lanes Wednesday as it hosts Otsego in a Wolverine Conference match at Joey Armadillos.