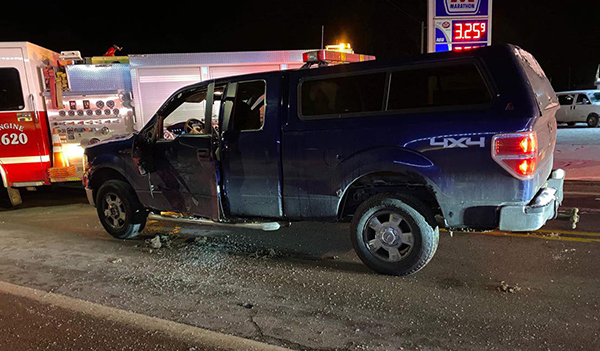 SISTER LAKES — A first responder had to react quickly to avoid being hit while doing traffic control over the weekend, according to the Sister Lakes Fire Department.

The department reported it was called to a structure fire around 10:50 p.m. Saturday. While several firefighters made it to the scene safely, one member found himself in harm’s way.

The department member was assigned to traffic control during the call, and positioned their personal vehicle, equipped with emergency lighting, across the westbound traffic lane of M-152 near the intersection of M-152 and County Road 690. As vehicles approached the intersection, the member would turn on their left turn signal indicating that those approaching would need to turn at the intersection.

One vehicle did not respond to the redirection, causing the first responder to exit his vehicle to provide further assistance. Fire department officials reported the oncoming vehicle still did not respond. Fearing a head-on collision, the first responder jumped into the ditch to get away from the approaching vehicle, which collided into the department member’s open door and continued down the road towards our emergency scene.

“We cannot stress this enough, if you ever see emergency vehicles or approach an emergency scene slow down, move over and follow directions,” officials wrote in a Facebook post. “We love the job we do, and we love to volunteer to help each and every one of you in times of need, but we also want to go home safely to our families. We owe it to our families to go home to them after each incident.”