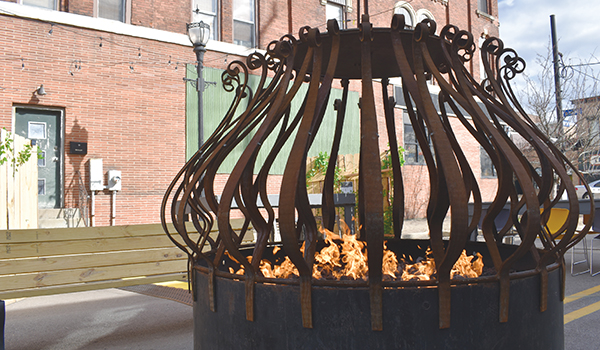 NILES – After months of debate, the Niles City Council has voted to close the Niles Outdoor Dining Experience in its current location.

During Monday’s regularly scheduled city council meeting, council members voted 5-2 to approve a Niles Main Street Downtown Development Authority recommendation to reopen the portion of Second Street where the NODE currently resides for the winter. Previously, the council had approved the NODE to remain open through the end of April. According to a memo provided to city council, the action will allow for a for a formalized plan on how to proceed in the spring.

The vote to reopen Second Street comes after months of debate among business owners and community members regarding whether the NODE was benefitting downtown by providing an outdoor gathering space or if it was impeding traffic and limiting access to surrounding businesses. Just two weeks ago, a motion proposed by Councilman John DiCostanzo requested the NODE be closed immediately following the Hunter Ice Festival, which took place Jan. 14-16. That motion failed in a 5-2 vote.

During Monday’s meeting, Councilmember Nelson said she had heard some disappointment from her constituents regarding the closing of the NODE and that she herself is a fan of the outdoor gathering space. However, she believes reopening Second Street and identifying a new location for the NODE is in the city’s best interests.

“[The NODE] does mean things to people, but I understand that this is the right thing for our city right now,” she said. “Quite frankly, everyone I talk to is sick of this topic, and they think we are wasting all kinds of time as elected officials and staff members.”

While Nelson did vote in favor of reopening Second Street, she said she was excited to work with Michigan Main Street to identify a new downtown space that could become home to an outdooring dining and gathering location.

“I’m glad that we are having a third party — a non-biased, outside party — coming into town to help us identify new spots,” Nelson said. “That seems to be the consensus among everyone that we do want a NODE or a NODE-like public space, so I’m very pleased to see that built into this.”

“It’s wearing on everybody — regardless of which side you’re on,” she said.

Immediately following Monday’s meeting, it was unclear the exact date Second Street would reopen or if the action was effective immediately. Croteau reported more information would be available Tuesday.