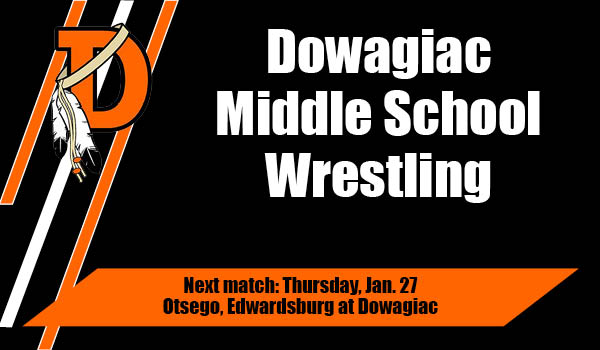 The Chieftains won eight out of nine matches against the host Red Wolves and nine out of 13 against Edwardsburg.

“It was a good night getting back on the mat,” said Dowagiac Coach Andy Crawley. “We will continue to work hard and improve every time we compete.”

Dowagiac was back on the mat Saturday as it competed in an invitational at Galesburg-Augusta.