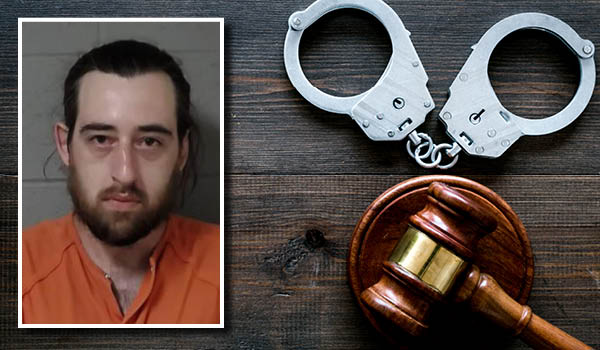 CASSOPOLIS — former Edwardsburg resident was given the chance to stay out of jail after being sentenced for possession of methamphetamine Friday in Cass County Cout.

Brandon Lee Ingold, 31, formerly of Gordon Road in Edwardsburg and now of Three Rivers, pleaded guilty to possession of meth and was sentenced to 18 months’ probation, credit for 22 days already served and $2,088 in fines and costs.

The incident occurred Sept. 16, 2021, when police conducted a search of his Gordon Road residence in Edwardsburg. They found meth, scales and a meth pipe.

“I will give you a second chance to prove that you are willing to move forward in a positive way,” he said. “The reality is that another conviction will mandate you get jail or even prison.”

Drake argued successfully that the jail sentence had been recommended primarily because of Ingold’s absconding from a previous possession of meth conviction and probation from Kalamazoo for which he is already been sentenced.

“I don’t know the point of jail, it would disrupt his life and he would lose his job,” he said.

For his part, Ingold asked for the chance to prove himself on probation and noted that he has a good job and is staying away from drugs.