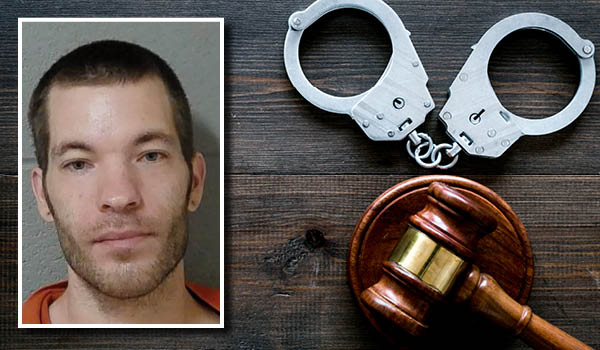 CASSOPOLIS – A Dowagiac man who punched his wife and shot off a gun was sentenced to a year in jail Friday in Cass County Court.

Brandon Scott Ferrier, 29, of M-62 West in Dowagiac, pleaded guilty to possession of meth and domestic violence and was sentenced to 365 days in jail with credit for three days served and $1,608 in fines and costs on the meth charge and a concurrent 93 days in jail and $300 for domestic violence.

The incident occurred June 12, 2021, when police were called to his home by Ferrier himself. They found his wife who said he had punched her in the face and caused her nose to bleed. He had also fired off a couple of shots and threatened to burn down the house. Ferrier had left the home but returned later and was arrested by police who found meth on him.

“Nobody’s life gets better with meth,” said Cass County Circuit Judge Mark Herman. “You said you used meth because it made your life more productive but where has that got you? If you use meth, you will never be productive and be in and out of jail and not have a productive marriage.”

Judge Herman noted that the year in jail is much less than the two-year mandatory prison term he would have gotten if convicted of using a firearm in the commission of a felony.

“While you’re in jail, I hope you take the time to reflect on where you want to go in your life,” he said. “You’re still young and have a good long life ahead of you.”

Ferrier acknowledged that he has an addiction.

“It’s taken a negative impact on my life,” he said. “I have changed it around, I got a job and am closer to my family. Now I’m thinking positive and plan to continue to stay that way.”

Defense attorney Robert Drake said that it was hard for him to argue that there should not be a stiff penalty for his client’s egregious conduct while under the influence. He did note that Ferrier has gotten involved in programs to help him with his sobriety.