CASSOPOLIS — Though her new office in the Cass County Administration Building in downtown Cassopolis is still not unpacked, Dowagiac resident Rennie Witham said she feels right at home. 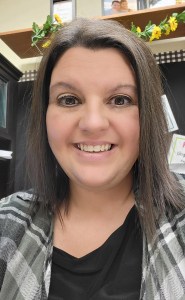 Witham took over as Cass County’s new 4-H program coordinator this week. In her position, Witham will work with volunteers to create youth programming and promote 4-H activities in the
community.

“I’m excited for everything,” Witham said. “I am super excited to work with the youth and with the volunteers. … Things are going really well so far.”

Witham, 42, has been a teacher for several years, teaching both third- and sixth-grade students. However, she said she wanted to take the 4-H coordinator position to “get back to her roots.”

“It was 4-H that led me into the education field, so I wanted be closer to home and give back to the thing that made me who I am,” she said.

Witham grew up in the 4-H program, showing primarily draft horses and dairy cows, and a variety of still exhibits. She started at the age of 5, in what was then called the Pee Wee division, showing goats. She continued with the program until she graduated out, then became a key leader, created her own 4-H club, served on the Leaders Council as president, and became a superintendent for draft horse and showmanship
sweepstakes.

After having spent so many years with the program, Witham said she believes 4-H provides a valuable experience for children.

“A lot of times, people think 4-H is just for the fair, but it is so much more than that,” she said. “It’s a whole process that the kids will go through. In that process, they are going to learn all the skills they need, not only for that project but for life in general. To be able to instill that needed drive into the youth so they can make the world a better place is something that is going to benefit the youth of today.”

As she looks to the future in her new position, Witham has high hopes for what she will be able to achieve. To achieve those goals, she said she plans to be present in the schools and the community to show area youth what 4-H has to offer.

“I’m hoping to bring in a more diverse group of youth and volunteers, as well as increasing our numbers,” she said. “Once you get going in 4-H, there is so much it can offer [youth], experiences they might not have had otherwise.”

As she begins work toward achieving her goals, Witham said she is excited to be working for the organization that helped shape her growing up.

“This is like home for me,” she said. “I know a lot people, so it’s going to be really fun to get back in there.”