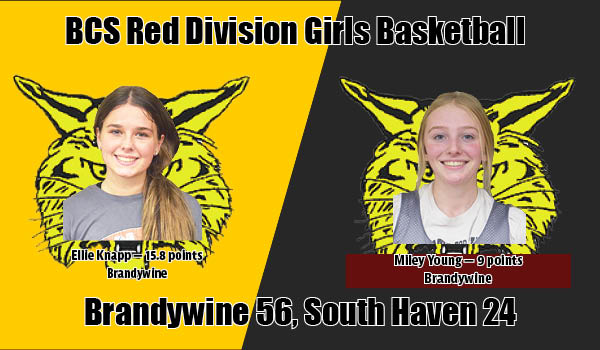 Knapp led all scorers with 28, her third consecutive game with at-least that many points. Knapp, who leads southwest Michigan in scoring with an average of 19.4 points per game, has scored 96 in the last week for the Bobcats, who improved to 10-1 with the victory and remain undefeated (3-0) in the Red Division.

Brandywine returns to the court Wednesday when it hosts South Bend Riley in a non-conference contest.